World-Bridging and Shapeshifting: Touching Base with Mary A. Wood, Ph.D. 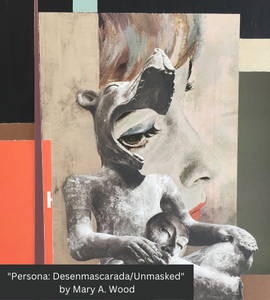 World-Bridging and Shapeshifting: Touching Base with Mary A. Wood, Ph.D.

Mary A. Wood, Ph.D., is the Chair of the M.A. Depth Psychology and Creativity with Emphasis in the Arts and Humanities program, which is currently accepting applications for Spring 2023 and Fall 2023 (visit the program here). She will be presenting the webinar “World-Bridging and Shapeshifting: Soul, Image, and Imagination in Gloria Anzaldúa, James Hillman, and C.G. Jung” on January 13th. I’m delighted to speak with Mary about her upcoming webinar and also about her program.

Angela: I’m excited to hear more about Gloria E. Anzaldúa, who I’m not familiar with, but you describe her as “a self-described mestiza, queer, Chicana, scholar, artist, and activist.” How does her activism, and works such as This Bridge Called My Back: Writings by Radical Women of Color and Borderlands/La Frontera: The New Mestiza, intersect with Depth Psychology and why is she a figure you are drawn to study and teach about?

Mary: Hello Angela—Do you recall archetypal psychologist James Hillman’s provocative assertion that he didn’t want theories that comfort or settle the mind, he wanted theories that “blow the mind”? Well, that’s precisely what you get with Gloria Anzaldúa. Her visionary mix of writing, poetry, image, and ritual (especially in Borderlands/La Frontera) has been indispensable for feminist, Chicana/o/x, social justice, queer, and multicultural studies for over thirty years. While the overlap of her theories and creative practices to the concerns of contemporary depth psychology are profound, they’re not well known. These overlapping concerns include witnessing, healing, and nurturing the souls of individuals, but go much further to include tending to the soul of communities, to nature, and to the built environment—what we depth psychologists call the anima mundi, the ensouled world. Much like Jung and Hillman, Anzaldúa developed an entire philosophical system, a way of knowing that informs a very expansive, poetic, self-aware, caring, and powerful way of being in the world.

While depth psychology has long turned to Western myths, particularly those of ancient Greece, as expressions of psychic life, Anzaldúa built her system around the stories and images of the Americas, specifically Mesoamerican myth. From her earliest years growing up in a family of farmworkers on the borderlands of Texas, Anzaldúa was a voracious bilingual reader and a prolific storyteller and multifaceted creator. Later, she became known as a formidable scholar, writer, and activist. She was very familiar with depth psychological theories and one can trace those influence in her own ideas. That’s not, however, what makes her work so valuable for our time. What is so exceptional about her body of work is the way in which she integrated body, mind, soul, scholarship, activism, and spirituality—hers is a fully-embodied and fully inclusive approach to living a human life, an approach that can build bridges across the abysses that divide human beings from each other, and those that divide humans from non-human nature. Her work does this from a place between worlds, a liminal space that she called Nepantla, which is a place of flux, of code-switching, shapeshifting, multiple realities, and juxtaposition—a radically inclusive place that becomes an intersection of possibilities. 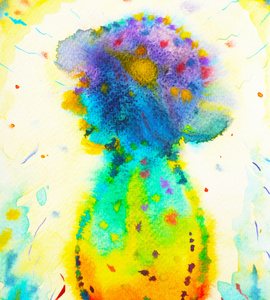 Angela: Gloria was not just a scholar and a fierce activist, she also wrote children’s books. Your program welcomes people who are called to explore their own creativity through the lens of depth psychology. Does Gloria Anzaldúa’s balancing of social activism and creative brilliance, psychology and fiction, speak to what you are trying to nurture in the students in your program?

Mary: It absolutely speaks to the heart of our program. I oftentimes refer to our students and our alums as the new Renaissance people of the twenty-first century. Like Anzaldúa, they’re polymaths and shapeshifters who can’t be confined into a single categorization or specialty. Modern Western societies (especially the U.S. variety) push us to specialize from a very early age, which is incredibly limiting. Our students come to realize that they’ve always had a hard time staying in one lane; they’re ready to allow their inherent multiplicity to flourish in ways that nourish their souls and serve the world around them. It takes courage to go against the prevailing social norms, and this includes the courage to declare an allegiance to one’s creative life. Anzaldúa is such an empowering figure where courage and dedication to one’s calling (or callings) is concerned.

Angela: You have so many dynamic, artistic, and creative powerhouses in the program. And you also published your own book, The Archetypal Artist: Reimagining Creativity and the Call to Create, this year, as well as being a visual artist. But not everyone who enters your program starts off in full creative bloom. Some may start with a whisper in their ear that they want to explore their own potential. For those who are considering applying to Spring or Fall, who may not yet have an artistic profession on their business card, what kind of a home will they find at Pacifica, and what journey awaits them here?

Mary: Most students find their way to our program at a time of transition in their lives. No matter their age (and our cohort is very diverse in age) they sense that they’re at a threshold that’s calling out to be crossed. That threshold will oftentimes entail a call to finally take one’s creative powers seriously, or it can be felt as a deep urge to move one’s own personal creativity to the forefront of life after years of commitment to the demands of career, and/ or family. It’s not necessary to have a recognized creative practice or practices to join our program. Many of our students do identify as artists or makers, while others prefer to focus on how the creative imagination manifests in their lives in general. So, students find themselves in a community of diverse and passionate individuals, each directing their learning in the program to personal goals and yearnings, while at the same time sharing many illuminating and transformative experiences with each other, with their faculty, and with the rich materials that we bring together. There’s no one way to move through this program, just as there’s no one way to be creative, or to share one’s creativity. 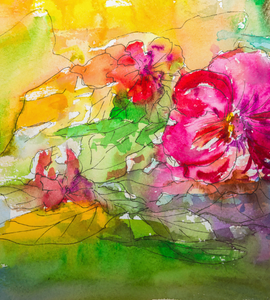 Angela: You’ve been the Chair of the M.A. Depth Psychology and Creativity with Emphasis in the Arts and Humanities program for over a year now, although your former Co-Chair, Susan Rowland, Ph.D. remains Core Faculty and very active in the program. What is your vision for the program in the coming year? Are there any new courses or projects that you’re particularly excited about? Any new research topics of your own that we can have a sneak peek of?

Mary: 2023 is shaping up to be a very exciting year for the DCH program. You mentioned my incredible colleague and mentor, Susan Rowland—her second novel in the Mary Wandwalker Mysteries series is set for release by Chiron Press in February 2023. I’ll be working on an expanded edition of The Archetypal Artist, and a new project (unsurprisingly) on Gloria Anzaldúa. Our students have always appreciated how our program weaves classic depth psychological ideas together with those of non-Western/non-dominant cultures, all in the service of awakening ourselves to our full powers and responsibilities as creative individuals. Students will see this quite prominently in a variety of classes in 2023, including “The Multicultural, Multimedia, Transformative Fairy Tale,” which examines fairy tales and other primarily orally transmitted stories from many cultures as vehicles for archetypal expression that can both liberate and oppress. The deep themes within these stories are as alive today as they were in the past. They’re always open to revision once they’ve been examined—an operation that is crucial, since stories of all types shape our lives for better or worse whether we realize it or not. All the more reason to be among the new storytellers, the new mythmakers of our time.

One final thought for your readers: If this short piece has piqued your interest in Gloria E. Anzaldúa and her connections to depth psychology, creativity, activism, and spirituality, then don’t miss her final work, Light in the Dark/Luz en lo Oscuro: Rewriting Identity, Spirituality, Reality, where her mature brilliance is on full display.

Angela: Thank you so much for sharing with me, and thank you for the amazing work you do at Pacifica.

Please join us on January 13th for the webinar “World-Bridging and Shapeshifting: Soul, Image, and Imagination in Gloria Anzaldúa, James Hillman, and C.G. Jung.”

Mary Antonia Wood, Ph.D. is an artist/scholar and Chair of the Depth Psychology and Creativity Program at Pacifica Graduate Institute. She is the author of The Archetypal Artist: Reimagining Creativity and the Call to Create (2022). Her writing has been featured in Quadrant: The Journal of the C.G. Jung Foundation, and her visual art has been featured in exhibitions and publications over the last twenty-five years such as at the National Hispanic Cultural Center, the Museum of International Folk Art, and in Contemporary Chicana and Chicano Art: Artists, Work, Culture and Education.

Apply Online for Spring or Fall 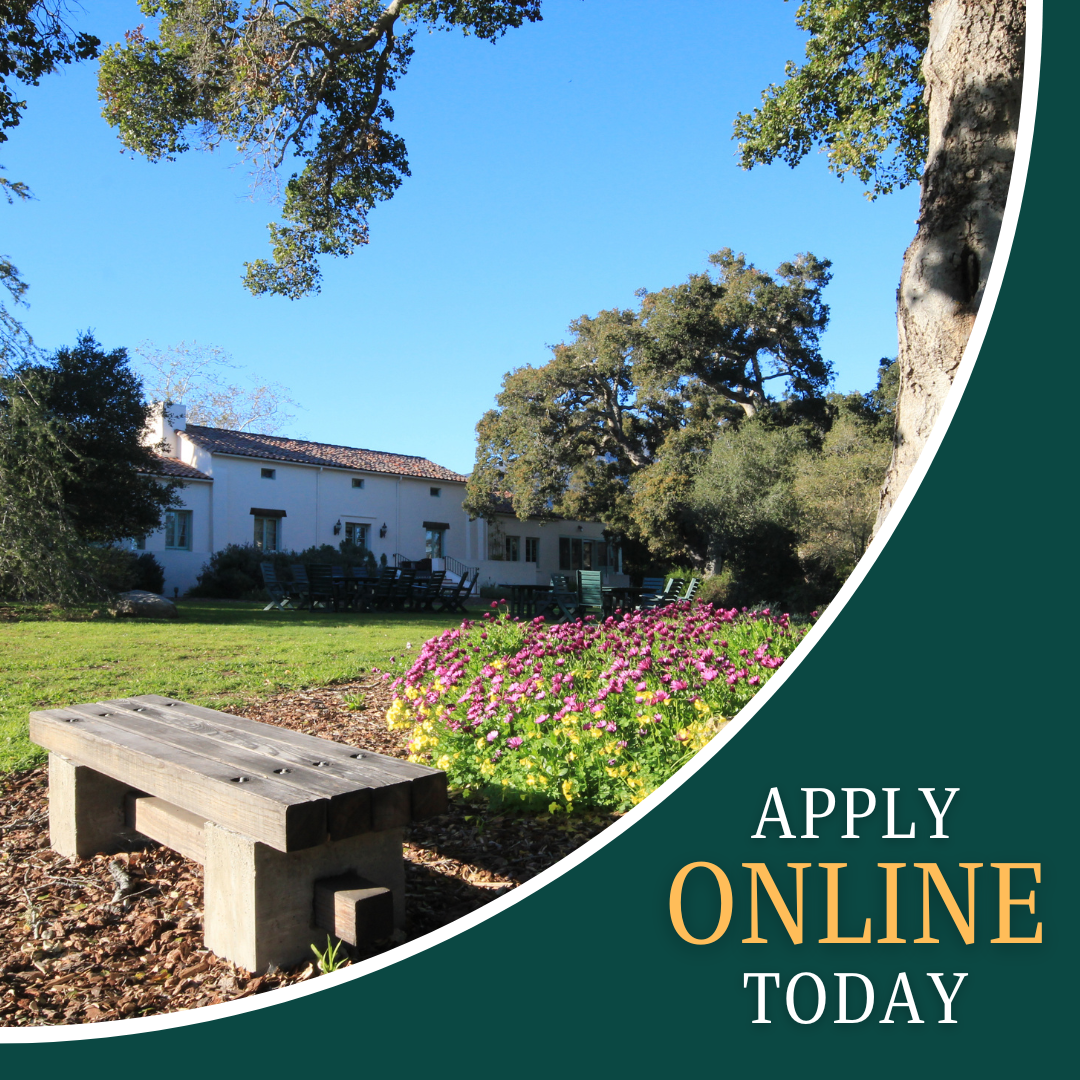