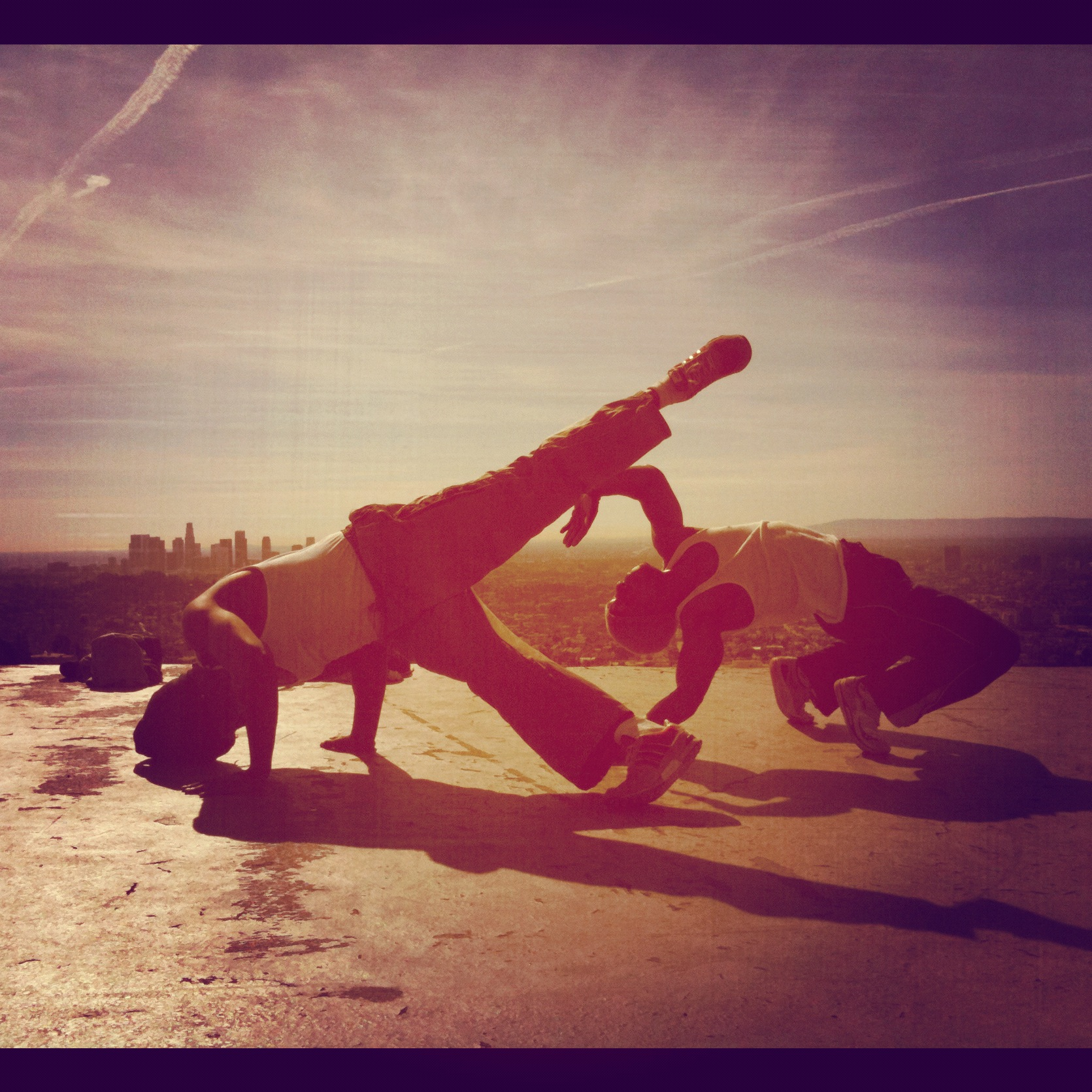 Angela: Thank you for speaking with me today, Charles. I’m intrigued by the diversity of your professional and personal pursuits. You are a capoeira instructor, a poet or spoken word artist, a counselor, and a graduate student. Let me first start with your time at Pacifica. What drew you to the school and what has your experience in the Depth Psychology, Integrative Therapy and Healing Practices Specialization been like so far? Do you know what you’ll be focusing on for your dissertation?

Charles: For my dissertation, I’m doing a phenomenological study about Capoeira Angola. The intention is to produce a description of the multiple ways Capoeira Angola can heal its practitioners from trauma experienced in their lifetime.

When we talk about Capoeira Angola, we’re talking about the mother of Capoeira, as it was birthed in Africa and took shape in Brazil. Some Capoeira teachers believe it may have come from a ritual dance in Angola. I tie in the past because Capoeira Angola is an affect response to trauma, for those who were enslaved and captured, a way to recapture their personhood, their identity and hold onto their culture, their beliefs. Present day, regardless of where practitioners are from, that story still exists for liberation. If we hold onto trauma, we can become victims. The metaphors and archetypes of Capoeira tie into depth psychology. To add to that, you have this collective of people who are with you as a support system. In Capoeira, Angola there is no hierarchical system, no creation of division, everyone is equally important, whether you just started or have been practicing for years. The idea is for all of us to win. You only lose if you lose your cool.

Initially I went to visit Brazil in 2010 because I was interested in pursuing a Ph.D. at UCLA in their "World Arts and Culture" program, and wanted to focus on how the spiritual aspects of capoeira can affect people in their daily lives. When I returned after being there for a month, I realized that spirituality is an individual pursuit. Therefore, with my interest in psychology and spirituality I began to wonder if there was such a thing as spiritual psychology. My counselor at the University of Santa Monica told me about Pacifica, a spirit-based program. I wanted to continue my studies in that vein, where space would be held for a spiritual approach. I already had my own counseling practice, and I wanted to bring in other modalities of healing. After some contemplation, I decided to go with DPT. I want to be the best I can be for me and those I work with.