Reimagine Your Calling: Psyche for the 21st Century 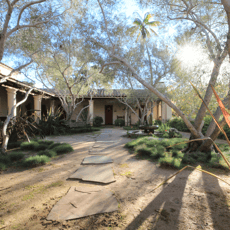 The margins of consciousness have shifted. The original conception of “the unconscious” as a meaningful and influential force needs reformulation. Ideas associated with depth psychology have been increasingly adopted into the mainstream of modern culture, such as the ubiquitous influence of unconscious processes on behavior or archetypal elements operating in society. But if depth psychology is to retain relevancy, it needs to be contemporized and revitalized—What might that mean? And how might we go about it?

To meet psyche at the margins, we must examine the issues that are being ignored. Topics and ideas we are reluctant to pursue need to be our starting places. Margins, whether of human making or of the natural world, fluctuate and become more fluid during times of crisis. Powerful, fast-moving world events outstrip our reflective capacities and highlight what needs examination. Fear and anxiety are amplified when they impact us collectively, leading to archetypal moments such as the current pandemic. When creatively seized, such moments can herald sweeping transformations. In academia, this can manifest as a new way of perceiving ourselves and our world.

Like the chemist who discovered the benzene ring by dreaming about it, we enjoy an advantage of foresight by tending the life of the unconscious, where—as CG Jung pointed out—the seeds of the future grow in the fertile dark. What will surface as new trends, new industries, and new forces set loose in collective life germinate first in the depths of consciousness.

There are more career possibilities opening up than people to fill them. Depth psychology offers the possibility of sensing and aligning with new, groundbreaking ideas. Active imagination, work with dreams and synchronicities, exploration of the body-psyche, integration of thought and feeling, the practical and the inspirational: these and other depth tools give us glimpses into the pathways opening ahead of us. If complete reinvention of your career isn’t your goal, the same methods will offer rejuvenation of what you do.

That is why programs at Pacifica offer an array of skills for use in many occupations, some of which do not yet exist, some that just need to be imagined.