Normalizing Non-Ordinary Experiences: An Interdisciplinary Approach. A blog post by Melissa Nazario, based on an interview with Ann Taves, Ph.D. by Bonnie Bright, Ph.D.

If you began hallucinating, perhaps seeing or hearing things that no one else could perceive, how would you interpret this unusual experience? Ann Taves, Ph.D., professor of Religious Studies at the University of California Santa Barbara and presenter at Pacifica’s upcoming Trauma and Transcendence conference in June 2018, became interested in this topic back in the mid-80s, when there were a lot of people who were being diagnosed with multiple personality disorder. She had a friend who had been abused as a child and who apparently had multiple personalities, or dissociated identity, as the clinicians now call it. Ann says that because she came from a very rational sort of family, it had never dawned on her that our minds could experience changes like what it does with disorders, and she credits knowing her friend and hearing her talk about her experiences as the point at which, for Ann, the door first opened into the range of what was possible.

Ann’s research explores non-ordinary experiences and the way different disciplines might diagnose the same experience, such as hallucinating, in different ways. To illustrate this point in her talks, she often shows the covers of three texts that represent how three different disciplines—psychiatry, religious studies, and psychology—would describe an experience like hallucinating. For the American Psychiatric Association, Ann shows their Diagnostic and Statistical Manual of Mental Disorders, and for religious studies, she uses William James’ The Varieties of Religious Experience. For the American Psychological Association, she puts up a picture of a more recent book that plays off of William James’ book, called Varieties of Anomalous Experience. Although Ann recognizes that the content of these three texts, the types of experiences included in each, are not identical, she finds that there is a lot of overlap for some kinds of experiences, which are characterized differently in each text.

For example, Ann points out that if you tried to describe an experience like hallucinating as generically as possible, without the language specific to psychology, psychiatry, or religion or spirituality, you might say an individual is hearing a voice, or having a visionary experience. So, if it’s described just in terms of what’s happening, it could wind up in the Diagnostic and Statistical Manual as a dissociative disorder or a hallucination. In the Anomalous Experience book, it could wind up in a chapter on anomalous self and identity experiences, and it could, in some cases and depending on who’s experiencing it, wind up in anthropology or religious studies under the heading of shamanism. 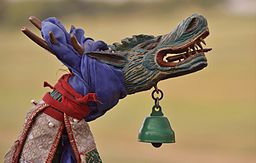 Essentially, they’re all a similar experience, and in some ways, it's based on how we perceive it, and also how we hold that kind of experience. In many cultures and traditions, Ann notes, there are expectations around certain kinds of experiences. For example, with shamanistic practices, often people have certain kinds of distressing experiences, which can signal to a teacher that the spirits are trying to interact with them, which might begin some kind of process of initiation and training.

In other contexts, the experience might be traumatic, or what Stanislav and Christina Grof called a “spiritual emergency.” When something spiritual happens to people suddenly, it could cause trauma or create an emergency because perhaps they don't know how to deal with it, or don’t have some kind of a framework in which it can work or fit for them. If they were doing some kind of practice, but weren't doing it in a very structured situation, or didn’t have much guidance, things could go off the rails. There are a variety of outcomes that are possible, and Ann remarks that part of what is so fascinating is that how we interact with the experiences, how we appraise them, the kind of context in which we have them, and the contexts that structure them, can very much affect the outcomes. Even if that’s not always the case, it seems that there’s a lot more room for how we interact with experiences to affect the outcome than we may think. 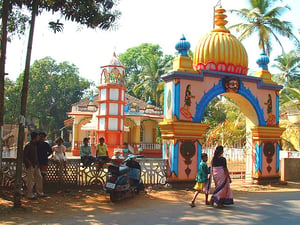 To explore this idea, Ann is currently working with collaborators to develop and test the cross-cultural Inventory of Non-Ordinary Experiences, and will be administering it online to large samples of people in the United States and India. There are 80 items in the Inventory, and many of the items can be appraised in multiple ways. In its design, they have tried to include a very broad range of experiences that people sometimes, in some traditions, would consider spiritual or religious, but many of these items can also be found on parapsychology surveys, or surveys of near-death experiences, and many can be seen in psychiatric inventories of psychosis.

Other assessments on the Inventory include an out-of-body experience and one labeled as “it seemed like there was another self in my body,” which could be appraised as dissociative by a psychiatrist, or mediumship or channeling or spirit possession by an anthropologist. 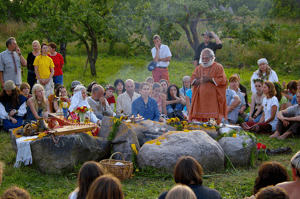 Another Inventory item, “I’ve had an experience in which the boundaries or separation between myself and the things around me seem to blur or disappear,” is interesting, Ann says, because it describes what a Buddhist teacher identifies as one of the two types of nondual experiences, which people in the Buddhist practice that he teaches are seeking to have. But it’s also a fairly accurate description of ego dissolution, which researchers who are investigating psychosis see as one of the characteristics of psychosis.

Ann notes that part of the problem with the different fields is that they’ve tended to become too isolated. For example, psychiatrists look at the people that come to them for clinical help, but there are only a few psychiatrists who are also asking, "How common would those experiences be in the general population?" Because she approaches this question from religious studies, Ann knows that there are a lot of religious and spiritual movements that have gotten started because people had unusual experiences. And so, from where she approaches the question, it’s impossible for her to assume that all these experiences could be pathological or a problem. Additionally, she notes that because psychiatric language and concepts are so widespread in our culture, we tend to assume that things are more unusual and problematic than they actually are.

Ann posits that depth psychology, as influenced so deeply by Jung, is in a unique position to bridge the gaps between psychiatry, psychology, and religious studies, in contrast to regular psychology or the psychiatric tradition. She remarks that that is the reason why it is so fitting for Pacifica Graduate Institute to be hosting the Trauma and Transcendence Conference in June 2018, given its roots in depth psychology and C. G. Jung. Jung, she says, was very interested in these kinds of non-ordinary experiences, and had many himself. He worked on the boundaries of these experiences in his own self-therapeutic process. Specifically, his Red Book is a great example of someone working with unusual experiences, especially with, as he called it, his inner dialogue process where he’s having various characters like Philemon coming to life within himself. He was cultivating that and then interacting with Philemon and "others" who did not seem to be Jung, even though Jung probably thought they were part of his larger self. So, he was very much working on the boundary between psychosis, spirituality, and what you might call the paranormal.

Ultimately, Ann says, the point is to normalize these experiences, instead of allowing people to think it’s a big problem. One aim of her research is to find more ways to help people work with these experiences, instead of only pathologizing them or medicalizing them. While she makes the point that she is not a therapist and is not in a position to give advice, Ann proposes that, in a case where people’s experiences are traumatic and they’re hearing voices, that perhaps listening to these voices or personalities, giving them a voice instead of silencing them with medication, can lead to deep healing.

Ann Taves, Ph.D., is professor of Religious Studies at The University of California at Santa Barbara, where she teaches courses on religious experience, new religious movements, and comparative worldview, and supervises the Interdisciplinary Religion, Experience, and Mind Lab Group. She’s the author of numerous books and articles, including Fits, Trances, and Visions: Experiencing Religion and Explaining Experience from Wesley to James, and Religious Experience Reconsidered, and Revelatory Events, a study of the emergence of three new spiritual paths: Mormonism, Alcoholics Anonymous, and a Course in Miracles. She is currently working with collaborators to develop and test the cross-cultural Inventory of Non-Ordinary experiences. 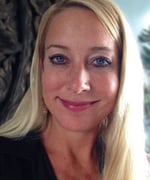