The God-Image from Antiquity to Jung: an Interview of Dr. Lionel Corbett 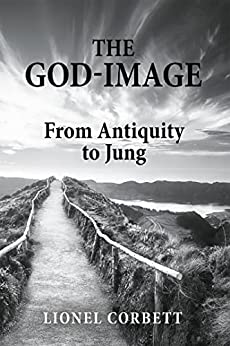 Dr. Corbett serves as a professor of depth psychology at Paciﬁca Graduate Institute. He is the author of several books, the most recent of which is The God-Image from Antiquity to Jung. I am delighted to speak to him about his work with the God image in the context of Jung’s scholarship.

“The God-image described by religious traditions and sacred texts such as the Bible, which people may believe in without necessarily having experienced, might be intellectually and emotionally satisfying, but belief is not as convincing as a personal numinous experience. Such experiences can be understood psychologically without recourse to the dogma or doctrine of any specific tradition.” –Dr. Lionel Corbett, The God-Image from Antiquity to Jung

Angela: Your book very much concerns itself with the ways in which Jung’s approach to spirituality differs from religious traditions, that Jung felt religions are grounded in the Self, rather than being imposed on humans externally. What are the most important ways that Jung's approach to spirituality differs from traditional theistic approaches and how does that inform our inquiry into the Self?

Lionel: For Jung, the spiritual level manifests itself in a much wider range of ways than it does in traditional theism. Numinous dream imagery that is not traditional is important to Jung, but traditional theists may not see it as the result of contact with the sacred if the content is not orthodox.

Jung’s approach sees numinous imagery of this type as forms of personal revelation, but most traditions believe that revelation has stopped.

Jung sees numinous imagery as emerging from the transpersonal level of the psyche, whereas traditional theism locates the divine in a transcendent, heavenly realm beyond the psyche. In the psyche, the personal and transpersonal dimensions interact, so the divine level is not absolutely separate and self-contained as it is in classical theism.

If we pay attention to the numinous manifestations of the psyche, we develop a personal myth, so we do not need to remain contained in a collective myth such as Christianity. We develop personal symbols rather than collective symbols; dream example here.

For Jung, all the gods and goddesses of all the world’s mythologies and religions are recalled to their origin in the collective psyche. Thus, one may experience a divinity that is quite different than the god-image of the tradition in which one was raised. For Jung, there is no need for the competition we see between the theisms, since they all arise from the same deep level of the psyche.

Angela: How does it help us, in the search for self-understanding, to contemplate the divine within?

Lionel: We realize we exist in relation to a larger consciousness. As Jung puts it, the ego realizes it is the object of a supraordinate subject; something is aware of us. We need a container for our spiritual life, but traditional religions often no longer act as a suitable container because they try to insist on belief in dogma and doctrine.

Jung’s approach is based on direct experience of the sacred, not on dogma and doctrine. In fact, our direct experience may contradict received orthodox teachings, which is why the official churches don’t often trust the mystical traditions.

Angela: Not to put too fine a point on it, there are many paintings in Christianity of an older white man as the supreme awareness and authority in the universe. Why do some people seek to see their own image, their own gender, their own race as God? And how does Jung’s approach to the God image differ from that bearded elder?

Lionel: For one thing, the traditional Christian God-image is largely seen as loving and benevolent, while Jung insists that the divine has a dark side that causes evil and suffering, as we see in the biblical book of Job. Jung feels that Christianity has split off evil and projected it into the Devil or the Antichrist, instead of acknowledging the dark side of the divine itself.

The notion of the Devil is often the projection of our own shadow material onto this mythological figure, instead of owning it.

Angela: What are the advantages of a psychological approach to spirituality compared to a traditional religious approach?

Lionel: Jung’s approach gives us a personal connection that does not require a Bible or a religious hierarchy. It frees us from being told what to believe, and it frees us from notions such as the idea that we are intrinsically sinful creatures. We no longer have to believe that some people are specially chosen or saved—what we could call religious narcissism. We don’t need the tribalism and hostility that religions have fostered.

We don’t need to be bound to the belief systems that began in the Bronze Age or in the early 4th century. We have a different consciousness than those people; we need a spirituality that takes into account cosmology, depth psychology, and quantum mechanics.

Angela: Thank you so much for speaking with me, and best of luck with your next project!

Dr. Lionel Corbett trained in medicine and psychiatry in England and as a Jungian Analyst at the C.G. Jung Institute of Chicago. Dr. Corbett is a professor of depth psychology at Paciﬁca Graduate Institute, in Santa Barbara, California, where he teaches depth psychology. His primary interests are: the religious function of the psyche, especially the way in which personal religious experience is relevant to individual psychology; the development of psychotherapy as a spiritual practice; and the interface of Jungian psychology and contemporary psychoanalytic thought. He is the author of numerous professional papers and seven books: Psyche and the sacred; The religious function of the psyche; The sacred cauldron: Psychotherapy as a spiritual practice; The soul in anguish: Psychotherapeutic approaches to suffering, and Understanding Evil: A guide for psychotherapists. His latest book is The God-image: From antiquity to Jung. He is the co-editor of four volumes of collected papers: Psyche's Stories; Depth psychology, meditations in the field; Psychology at the threshold; and Jung and aging.