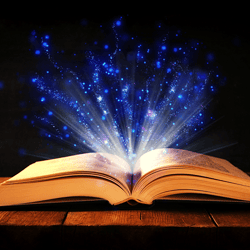 Dr. Thomas Singer will be giving a keynote presentation, “Portals to the Imaginal in a Digital Era: Cultural Complexes and the Mythopoetic Imagination in the 21st Century,” for Pacifica’s upcoming event, “Portals to the Imaginal: Re-Visioning Depth Psychology for the 21st Century,” on October 7-9, 2022. An immersive learning event in celebration of the campus re-opening of Pacifica. For more details, visit us here.

Angela: Your graduate education began with an M.D. from Yale University, and five years later you made your way to the C. G. Jung Institute of San Francisco for Jungian psychoanalytic training. In your career, it seems like your work in private psychiatric practice was your priority for several decades, and then in the 2000s, you began publishing books in abundance on topics like “Psyche and The City” and “Ancient Greece, Modern Psyche: Archetypes Evolving” and “The Cultural Complex.” For readers who are just beginning their own educational path in depth psychology, can you describe for us your professional journey and how you came to write about psyche, archetypes, and politics, rather than, for instance, becoming a pediatrician?

Thomas: Hopefully, careers are not straight line affairs. Certainly younger generations are much more comfortable with this reality than my generation. I discovered in medical school that I was not particularly adept in the medical sciences and didn’t enjoy it that much. It was a miracle that I graduated from medical school at all. I had majored in Religion and European literature in college and was much more at home in the humanities. The discovery of Jung in medical school through a friend was a real boon to me, as Jung offered a bridge between the medical sciences and the reality of the psyche and spirit. So, my course as a Jungian was set fairly early on in medical school. It seemed like a perfect career to me as I could study mythology, psychology, religion, and practice psychiatry as an integrated mosaic.

I spent years qualifying to be a Jungian analyst and loved the work. But after some twenty years in private practice, I felt isolated from all sorts of other things going on in the world. I took a job as a Medical Expert in the Federal Social Security Disability program to help in the determination of mental disability cases. There were lots of cases involving chronic drug abuse and alcoholism, as well as immigrants from Russia, Cuba, and Southeast Asia—all sorts of social and cultural problems that one doesn’t tend to see in private consulting offices.

I had longstanding interests in politics and social issues and gradually those became increasingly important to me in terms of understanding shifting currents in the collective psyche. Simultaneously Joe Henderson’s work on the cultural level of the unconscious made room for me to begin thinking about these problems in terms of Jungian notions of the psyche. I guess the point of talking about my development as a Jungian and as a person is that our careers should evolve as we grow. Our interests naturally change and hopefully there is room in our careers to allow those new interests to develop. I have written about my trajectory as a Jungian analyst in “The Analyst as a Citizen in the World. Thomas Singer.” Journal of Analytical Psychology, 2019, 64, 2, 206–224.

“An invitation to write about politics and the American soul should cause anyone with common sense to turn and run in the opposite direction.” – Thomas Singer, Ph.D.

Angela: In your paper, “A Personal Meditation on Politics and the American Soul,” you address the relationship “between the American soul and politics.” Obviously the soul is something often mentioned in depth psychology, but I don’t often hear the “American soul” as a term. You say that “I believe that each of us discovers different bits and pieces of ‘the soul of America’ as the personal journeys of our individual lives interface with the unfolding story of our nation’s soul journey.” Where you do you think the United States is in its soul journey? Are there archetypes we can apply to the development of a nation, in the same way that we do with individuals? 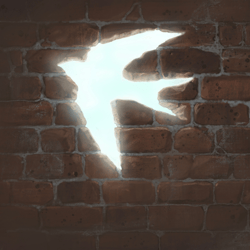 Thomas: Well, that is a very difficult question to answer and I should begin with the quote you have used—common sense should lead me to turn and run in the opposite direction. There was a time in the Vietnam War when many of us begin to think that this was an important developmental moment in American history—perhaps the beginning of the end of our somewhat omnipotent adolescence. We even began to talk about “individuation” of a country. If we are individuating as a nation, it is certainly not happening in a straight line process. But with regard to soul and the nation, I have come to believe that our soul gets forged or deadened in how we deal or don’t deal with our cultural complexes. Who we are as a nation—and what we might think of as our national soul—develops in the cauldron of issues such as abortion, gun control, racism, misogyny, homophobia, consumerism, environmentalism, technology. And all of these issues have become, in my mind, core cultural complexes that will define who we are as a people going forward.

“We live in an epoch not only of political, but archetypal tumult. The meta-narratives through which we have historically come to understand ourselves and our world are being challenged, deconstructed and imploded. It can feel as if we have been thrown into a metaphorical sea of storm-tossed waves with navigational instruments that are not only outdated, but irrelevant, as even the heavens deny us a clear sight of the North Star from which to navigate.” –Portals to the Imaginal

Angela: In the upcoming “Portals to the Imaginal: Re-Visioning Depth Psychology for the 21st Century,” you’ll be speaking on ““Portals to the Imaginal in a Digital Era: Cultural Complexes and the Mythopoetic Imagination in the 21st Century.” For those not familiar, what is the “Mythopoetic imagination” and what are you most excited to present and also learn during this event?

Thomas: As Jungians, we love to talk about transformation. I think transformation, particularly of cultural complexes, is relatively rare. I prefer to think of “illumination”—the throwing of light on our cultural complexes. This kind of illumination comes about through our capacity to imagine. The mythopoetic imagination allows us to see our current realties in a different way, occasionally opening our eyes up to alternative ways of imagining our past, present, and future. I look forward to presenting three examples of my recent experience of the mythopoetic imagination in relation to cultural complexes.

Angela: What current publication or research projects can we look forward to from you?

Thomas: I am currently working on a new edition of the volume on Europe’s Many Souls, which looks at the cultural complexes of many European countries. In light of Brexit and the war in Ukraine, the psychological map of Europe is in the midst of radical change and I am very interested in that—as I think the fate of the Western world is at least partially at stake. I am also looking forward to adapting the talk I will be giving at Pacifica into an article. In addition, I am very active in ARAS and we are developing a second season of ARAS’ Gaia: Then and Now webinar series which we launched last year. It is a mythopoetic look at our relationship to Mother Earth through the lens of symbolic imagery and the mythopoetic imagination. And, hopefully, we will be hosting the fourth Ancient Greece/Modern Psyche Conference in Santorini in the next year or so.

Angela: Thank you so much for speaking with me!

Please join us October 7-9 for “Portals to the Imaginal: Re-Visioning Depth Psychology for the 21st Century.” For more information, click here.

Thomas Singer, M.D., is a psychiatrist and Jungian psychoanalyst who trained at Yale Medical School, Dartmouth Medical School, and the C. G. Jung Institute of San Francisco. He is the author of many books and articles that include a series of books on cultural complexes that have focused on Australia, Latin America, Europe, the United States, and Far East Asia countries. He serves on the board of ARAS (Archive for Research into Archetypal Symbolism) and has served as coeditor of ARAS Connections for many years.

Portals to the Imaginal: Re-Visioning Depth Psychology for the 21st Century 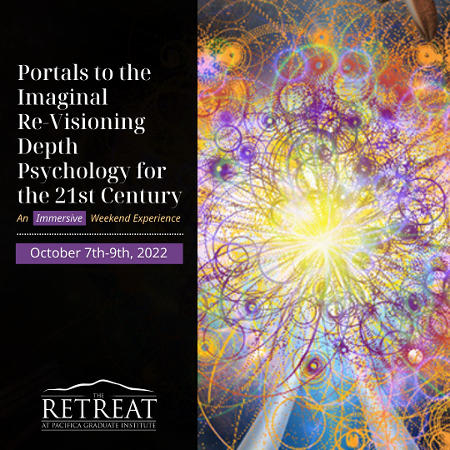