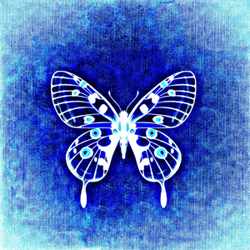 Dylan Hoffman, Ph.D., is a relatively new addition to the faculty of Pacifica’s Jungian & Archetypal Studies program. I’m excited to learn more about his perspective and teaching.

Angela: You began your career at Pacifica in our M.A./Ph.D. program in Jungian & Archetypal Studies (DJA). What attracted you to Pacifica, and in particular the study of Archetypes?

Dylan: I grew up in a radical wing of the Christian Pentecostal movement, which in expectation for the return of Christ and the end of the world, rejected most kinds of involvement in society. Music, movies, dancing, television were considered demonic, contaminating influences that could seduce you away from remaining vigilant and pure for the Rapture. Everything I remember about my childhood and teen years was structured by this perspective. It got inside of me, affected me. I think I just always had a religious bent. Even though I grew up in abject fear of the God-image that dominated my early years, there was still something alive and numinous behind it all that stayed with me even as the Christian symbols and narrative ceased to contain and convey my experience of the Sacred.

Pacifica attracted me because the religious nature of the psyche is honored in its vision and curriculum. I was able to use my education in the Jungian and Archetypal Studies program to both learn about and experience the nature of the psyche and how it speaks within and without—and track its communications culturally and in my own life. This has allowed me over time to embrace my soul’s natural religiosity and honor the sacred powers that I experienced as indigenous to my life and ancestry and vocation. The study of archetypes is central to this, because they are the soul’s innate and primordial dominants, the community of powers that comprise its totality, and our own, and the world’s. Therefore, to come to terms with ourselves and our place in the community of the cosmos, we must come to terms with them.

Angela: What inspired you to return to Pacifica as a faculty member of the DJA program and what do you most enjoy about teaching here?

Dylan: I had entered the DJA program with the hope that I might teach Jungian and Archetypal Psychology someday after finished the program. Teaching the kind of content I was learning in DJA felt central to what I felt called to do with my life. And I expressed my interest in teaching throughout the program. So when an opportunity to return and teach opened up in DJA, I couldn’t say yes fast enough.

What I enjoy most about teaching is simply getting to share information, ideas, images, stories that convey a vision of the soul—of its imaginal and archetypal depths—and of the world ensouled and enchanted, that I personally experience and espouse, which I think provides a way to live well with who we most deeply are, and with the world as the soul made tangible.

Angela: You’ve said that depth psychology “is only properly understood when the psyche is actually encountered and experienced as a communicating Other, made present in phenomenological expression—in the physiognomy of image, symbol, myth, dream, idea, fantasy, art, land, building, community, city.” Is this because the psyche is something so mysterious to us that we have to translate it into terms we understand, using analogies to something external to us? And how does this inform the way you teach about depth psychology? 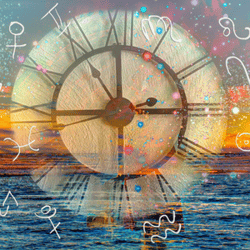 Dylan: I do think the psyche is so mysterious that we need symbols—both imaginal and material—to mediate our relationship with the unknown. But such symbols aren’t of our making, not things we construct for ourselves in an attempt to make sense of the psyche. That kind of attempt would be useless in terms of understanding the psyche. The psyche’s mystery is inviolable. We don’t learn anything about the psyche unless the psyche makes itself known—and more often than not we avoid the psyche’s disclosures rather than seek them out. Fortunately for us, the psyche doesn’t let us get away with this with impunity. We nor the world are of our own making. We’re never other than or outside of psyche. We can no more avoid psyche than we can avoid breathing. We can try for a while, but then it starts to hurt, and then it starts to get deadly.

Psyche senses when we are suffocating, metabolizes the stale images and ideas that are obstructing our connection to soul, and opens new airways between consciousness and the unconscious. Symbols are these airways. But the symbol as Jung described isn’t a static thing. Whether something is a symbol or not depends on the attitude of the perceiver—whether we have a symbolic attitude that can sense how something opens up, expresses, conveys soul. Therefore, as far as teaching goes, the more I can coax, instill, stir, stoke a symbolic attitude, then the more soul is seen in the world, the more we can breathe in soul in any and every phenomenon—cities and bees and sidewalks and streams. So rather than us translating psyche into familiar terms, the more we deepen and extend our symbolic sense, the more everything familiar becomes a medium and expression of the psyche’s unfathomable depths.

“I believe that among other things, wholeness is a form of beauty. The self, taking shape in us, is working us like art, adding strokes of color, contour lines, shades of depth, and texture in every experience we suffer, and cherish, and fear. Every extreme is being balanced, every element given its place, as a unique configuration of everything incarnates in a particular human person. Wholeness is becoming in us, and we are becoming beautiful.” –Dylan Hoffman, Ph.D.

Angela: Wholeness and beauty seem to be a theme in your writing and teaching, as is individuation. In your view, what is the relationship between individuation, beauty, and wholeness? On the surface, individuation implies two things coming apart, perhaps even a loss. Is this the necessary point of departure on the journey to wholeness? Also, the curious mind inquires, are we not beautiful even in our most broken states?

Dylan: Actually, your question expresses the very reason I think it is important to view wholeness and beauty in relationship to each other. At least in the West, beauty predominantly implies flawlessness, or perfection. This has been detrimental not only to self-perception, but to our aesthetic sense in general—our ability to see beauty in ourselves and others and the world. When beauty and perfection are associated, beauty becomes something accomplished through the denial of what is—through a cosmetic cover-up. Beauty is then less something we can learn to perceive—something interwoven with the nature of things—than something that comes at the cost of perceiving, a fabrication we trade our perceptions for.

By connecting beauty and wholeness, I’m challenging this notion of beauty. Jung contrasts perfection with “completeness” in relationship to individuation—the process of becoming whole. When our sense of beauty shifts from perfection to completeness, then “our most broken states” that you mention, aren’t things to contrast with beauty—they’re not things we have to exclude or deny in order to be beautiful—they are the very basis of it, because they belong to completeness.

Completeness in Jung’s view doesn’t entail that all is well and good, it entails that everything is present and acknowledged—regardless of its wellness or goodness. Beauty in this sense is synonymous with completeness, and the antithesis of perfection. If beauty is synonymous with completeness then the less we deny—the less we are unconscious, the less we exclude—the more beauty we see (beauty in the artistic/aesthetic sense has always included the ugly, destructive, tragic, and aberrant in its vision). Individuation, then, opposes perfection for the sake of wholeness—for the sake of beauty—for the sake of seeing and bearing and living in relationship with all that we are and all that is. Individuation demands the relinquishment of who we wish we were so that we can become who we actually are.

“Animae mundi colendae gratia, ‘For the sake of tending soul in and of the world’—Pacifica Graduate Institute’s motto, which I hold dear—is concretely honored in teaching by making more perspectives and voices and cultures present in curricula and in the classroom.” –Dylan Hoffman, Ph.D.

Angela: I appreciate your emphasis on diversity in the classroom, and I know it’s a vision shared by Pacifica as an institution. How do you foresee depth psychology growing and evolving for the better with a wider breadth of voices? And what projects are you currently working on that we might look forward to?

Dylan: These are all interconnected for me, and all connected to individuation. What I mean is that in my courses I describe individuation as the psyche’s opposition to exclusion, oppression, and marginalization. It’s the reclamation and recognition of everything left out, left behind, and left unacknowledged. It’s the retrieval of all the lost archetypal elements of the soul. It’s the exorcism of one-sidedness based on an over-privileged part. Inevitably it means the ego’s agenda is displaced by something larger, more inclusive, more whole. To view individuation in these terms has a direct bearing on how depth psychology is taught in a classroom, by whom, and what materials are being used.

Jung said, “The present day shows with appalling clarity how little able people are to let the other man’s argument count, although this capacity is a fundamental and indispensable condition for any human community. Everyone who proposes to come to terms with himself must reckon with this basic problem. For, to the degree that he does not admit the validity of the other person, he denies the ‘other’ within himself the right to exist— and vice versa. (CW 8, para. 187). What this means is that the less voices we attend to within us, the less we can hear the many voices around us. But perhaps, even more importantly, Jung said this works in the other direction as well—the less voices we attend to in diverse expression around us, the less we can hear the soul’s diverse archetypal expressions within us. 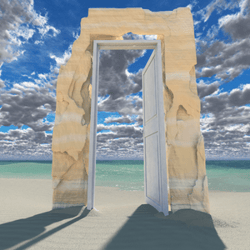 My own work in this regard has aimed at challenging colonialist assumptions in Jung’s work in particular, and toward what he calls ‘the primitive’—by including the voices and works BIPOC (Black, Indigenous, People of Color) in my courses and how their understanding of the archetypal world can diversify and deepen depth psychology and make it more available and inhabitable by those demeaned and/or excluded by Jung’s depictions of non-white, non-European peoples. This has included my own personal journey of finding my own voice as a biracial Mexican and European American, and gaining a deeper sense of my own indigenous ancestry, history, and archetypal orientation in the mythic cosmovision of native Mexico.

Angela: Thank you so much for sharing your perspective with us.

Dylan: Thank you for the opportunity to do so, Angela.

Dylan Hoffman studied liberal arts at Georgetown University and psychology at Adelphi University before completing his Ph.D. in Depth Psychology at Pacifica Graduate Institute—concentrating in Jungian and Archetypal Studies. His work focuses on C. G. Jung’s theory of archetypes—on archetypes as the deepest nature of the psyche and how they interconnect spirit, psyche, and matter as numinous and mythic powers that animate, govern, and structure the cosmos as a whole. Dylan grounds his work in indigenous/shamanic perspectives and practices that provide a primordial, holistic, and sacred worldview within which to understand the archetypal psyche, to embody its wholeness individually, and to serve it culturally through creative imagination.