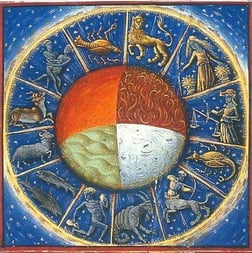 Angela: Is archetypal astrology a new idea, or is it a longstanding, established field, and how does it relate to your research, field of study, and practice?

Safron: As a discipline, archetypal astrology is relatively new. It owes its origins to Richard Tarnas, whose life work on archetypal cosmology and astrology are foundational, and whose program at CIIS is devoted to the field and its development.

While archetypal astrology informs my approach, in my writing, teaching, and astrological practice, I have a strong emphasis on two further streams—James Hillman’s archetypal psychology and the mythic imagination. For me, the study of the archetypes at work in our lives requires myth because they depict the gods at work in our lives. And Hillman’s way of holding, exploring, and relating to the psyche is deeply inspiring, and his work focuses heavily on the mythopoetic language of the imagination.

Angela: I’m a Gemini with a Pisces moon, and anyone reading my zodiac chart could certainly look at my personality and draw many correlations. But I suspect archetypal astrology takes a different approach. Just to use that example, a Gemini is an air sign ruled by the planet Mercury, associated with the twins Castor and Pollux from Greek mythology. Would archetypal astrology use those associations with myth and the elements to illuminate the traits of a Gemini or spark a deeper understanding of self? I’m curious how it works!

Safron: Yes, I work with mythic and alchemical images because I believe the symbols of astrology need to be entered imaginatively. Gemini is often described as being attuned to connections, communication, rational thought, and conveying information. This is a rather logical listing of traits that may be apt, but they don’t move you into the imagination, do they? When we turn to the myth of Castor and Pollux, known as the Dioscuri, a whole symbolic realm opens up. We find that at the end of a battle, one became immortal and had a place in Olympus while the other was slain and descended into the underworld. The immortal twin Pollux, refused immortality if his brother had to stay in the underworld, so Zeus allowed them to spend every other day together in Olympus. This is an archetypal motif, twins that belong to different worlds or have different powers. I think the Dioscuri helps us give depth to many different aspects of Gemini consciousness, such as the inner tensions that many Gemini’s feel, it has something to do with learning how to hold opposites in a creative tension. We can imagine that as the tension between the two realms Castor and Pollox occupy and yet refuse to stay apart. In life this has to do with the nature of Geminian creativity that deals with raw perception of the world and how that is taken in to become knowledge and experience, and then is shared in some way, whether as a story, poem, painting, or clever idea. This connection between outer and inner is the source of creative work. So, this would be a way of imagining into how the Dioscuri are at work in Gemini.

Angela: On your website, www.thearchetypaleye.com, you posted last January a piece titled “Hekate at the Crossroads of Saturn & Pluto” about the Saturn-Pluto conjunction in Capricorn, which you felt would impact us all of 2020.

“Saturn-Pluto also has to do with falling apart, as Saturn symbolizes structures (outer and inner) and Pluto the inexorable processes of transformation. Whatever life structure, habitual attitude, relationship, or story no longer provides real sustenance to the psyche, in other words is no serving life, Pluto comes along to dismantle.”

Certainly the last year, perhaps just by the nature of the isolation many of us experienced, did prompt a review of what did and did not work for us and our society, and precipitated big changes. I feel we don’t yet know the depth of that change, and won’t until we re-engage as a society. As you look ahead to that process, what do you see from a mythological or depth psychological perspective and how can archetypal astrology light the way for us?

Safron: I think archetypal astrology lights the way for us in the sense that the symbols, like Pluto and the motif of dismantling, invite reflection not just on how we have experienced that Plutonian process but what the deeper purpose may be. That’s a deeply individual process, and no generalizations can be made other than Pluto is a slow undoing in service to some renewal or rebirth. It is a force of nature, and that is at work somewhere in everyone’s life. The more conscious we are of where the old must be dismantled so that new can take root, the easier we may find that process. Astrology can be a great aid in gaining perspective on the forces at work in our lives, and what is being asked of us in our unfolding or individuation.

Angela: Is the course on archetypal astrology that you’ll be teaching in July open to everyone and who might most enjoy and benefit from this course?

Safron: This course is open to everyone, and I would say that having some knowledge of astrology under your belt would be beneficial. On one hand we’re diving into the building blocks of astrology—signs, elements, and modalities—but I will be taking us into the realm of myth and alchemy, so it’s a deepening beyond the basics. This move into the mythic imagination will deepen and enrich our sense of how we think about these symbols and how we relate to them in our chart and see them at work in life. Anyone interested in archetypal astrology, whether astrologers, therapists, or individuals would enjoy this. And anyone who is curious about the way alchemy deepens astrological symbols.

Angela: I really appreciate your taking the time to talk with me about a fascinating subject. What is ahead for your research and work?

Safron: My book The Kore Goddess: A Mythology and Psychology will be published later this summer, which is very exciting. To receive news on that, or other courses I am offering, people can sign up for my mailing list on my website www.thearchetypaleye.com

Thanks for your thoughtful questions! 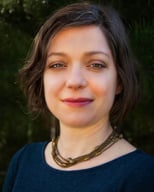 Safron Rossi, Ph.D., has spent her life steeped in literature, religion and mythology, fields in which she holds her degrees. She is Core Faculty in the Jungian and Archetypal Studies MA/PhD program, teaching courses on mythology, archetypal symbolism, and scholarly praxis. For many years she was Curator of the Joseph Campbell, James Hillman and Marija Gimbutas manuscript collections at Opus Archives. Her work focuses on Greek mythology, archetypal psychology, astrology, and goddess traditions. Safron is coeditor, with Keiron Le Grice, of Jung on Astrology (2017). She edited and introduced a volume in Joseph Campbell’s Collected Works based on his Goddess mythology lectures titled Goddesses: Mysteries of the Feminine Divine (2013).Safron has published articles in Jungian, Archetypal, and astrological journals and lectures across the US and internationally in Europe, Brazil, and Australia. Safron is also a consulting astrologer. Her website is www.thearchetypaleye.com. 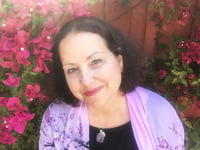