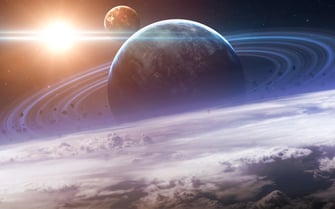 Dr. Keiron Le Grice, Chair of Pacifica’s Depth Psychology M.A./Ph.D. Program with Specialization in Jungian Psychology and Archetypal Studies, says that archetypal cosmology uses astrology not for predicting an individual’s specific future, but to map the shifting themes and patterns of human experience. He gives the examples that Pluto has to do with experiences of death and rebirth, instinctual empowerment, and a Dionysian passion for life that can sweep us along. Uranus is connected to the trickster, sudden unpredictable change, as well as the capacity of the psyche to disrupt, to overthrow, to flip things on their head, while Neptune has to do with spiritual experience and dream, myth, image, illusions, ideals.

Le Grice traces the field’s origin to Richard Tarnas’ 2006 book, Cosmos and the Psyche, which helped give this kind of use of astrology an empirical footing by examining how the planets were related to each other in different periods of history and demonstrating a consistent correlation between how the planets move relative or are in alignment with each other and corresponding themes that were evident in culture and history at the time. 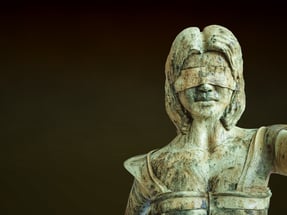 An archetypal understanding of astrology is valuable, as it can not only offer an individual a greater sense of life meaning and connection, but also it can illuminate the deeper patterns and dynamics of human experience. Becoming more aware of these deep patterns can, among other things, enable us to not be blinded or driven by an archetype to the extreme that we behave compulsively and against our better judgment, had we been more conscious of it.

One course in the program called “Archetypes: Universal Patterns of the Psyche” traces the history of archetypes from Greek mythology to the modern era and the beginnings of depth psychology, and of course focuses particularly on Jung and how his own understandings of archetypes evolved.

One shift in Jung’s thinking was that the archetypes are not just within the psyche, but that they also influence the world, oftentimes as synchronicities, which are those meaningful coincidences that occur in our lives—something on the radio relates exactly to the problem we are experiencing, for example. Students in the program can study synchronicity in the course “Synchronicity and the New Sciences,” usually taught by Le Grice. When synchronicities happen, Le Grice says, “it seems as if the world itself is conveying archetypal meaning to us. Jung realized that archetypes can’t just be psychological, they’re also material. They’re somehow embedded in the stuff of the world, that they fall in line with physical, material processes as well as being psychological.”

There’s also another course called Archetypal Psychology that is dedicated to James Hillman’s work, which moved away from considering psychology and the unconscious and psyche as only part of an analytical, clinical encounter, and instead considered how the pantheon of archetypes manifested culturally, in film, music, politics, history, and so forth. A list of all the courses that all students in the program are required to take is included on the program website. 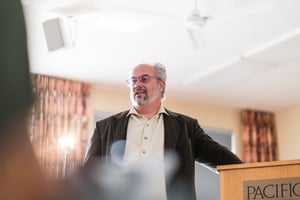 Additionally, some graduate students choose to use archetypal cosmology when writing their dissertation. The program attempts to balance critical rigor with a creative openness to the imagination and the depths of inner experience. So, while there is still the expectation that students approach dissertation writing with rigor and are prepared to justify their use of astrology for dissertation writing, students would benefit from the kind of epistemological openness of those at Pacifica who are interested in these topics that fall outside of what are usually considered academic topics in academia, Le Grice says.

One of the program’s strengths is its focus on the academic study of these concepts outside of the clinical encounter via a psychotherapist. It looks at depth psychology beyond the individual, and how it is manifest in cultural expressions like art and film, current events and politics, as well as nature. As such, the program does not lead to licensure like Pacifica’s Clinical Psychology Ph.D. and Psy.D. Programs and M.A. Program in Counseling Psychology do. 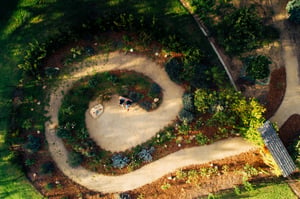 However, Le Grice notes that many counselors and therapists do enroll in the program, sometimes because their basic training has been in Gestalt or Cognitive Behavioral Therapy, and they want to assimilate a Jungian perspective more deeply in order to bring that into their therapeutic work. Artists and others interested in creativity also join the program, as well as those who want to teach and write. Additionally, there are some people who join the program who have established careers unrelated to depth psychology, and are looking for personal enrichment or to bring Jungian ideas into their work in some way. “So, there’s a whole range of different people and different paths that bring people into the program and on which they follow as they leave,” Le Grice says.

Sometimes, the vocational path for one who is drawn to this program, then, may not be as clear cut. We often want a linear series of steps that show us exactly how to get from point A to point B, but actually, as Le Grice points out, the vocational path for students in the program is often akin to the process of individuation, and is often only revealed to us one step at a time.

Next Steps: For Further Study

So what might be your next step, if this subject matter intrigues you?

Check out Le Grice’s entire webinar, in which he goes into further detail on archetypes, astrology, synchronicity, and how you can study these subjects at Pacifica:

Although there are lots of books on astrology, archetypal cosmology is such a new academic discipline that there aren’t many books on it. One resource to look at is Richard Tarnas’ Cosmos and the Psyche, as well as Keiron Le Grice’s first book, Archetypal Cosmos, and his second book, Discovering Eris, which is about the synchronicities around discovering new, dwarf planets. Jung on Astrology also compiles everything Jung said on astrology, in his own words, so you can study Jung’s views directly instead of via an interpretation from a secondary source. 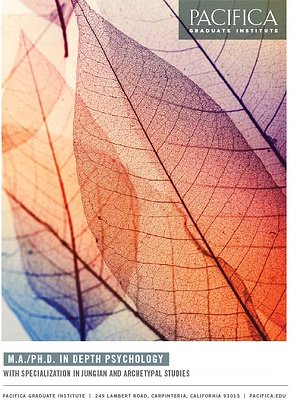 Le Grice also mentions books on psychological astrology written by informed Jungians, such as two books by Liz Green: Jung’s Studies in Astrology and The Astrological World of Jung’s Liber Novus. He points out that these two books were published around the same time as Jung on Astrology, providing an interesting synchronicity.

And, when you’re ready, consider attending an Information Day at Pacifica to speak with faculty about these topics and how the Jungian and Archetypal Studies Specialization may be the next step on  your own vocational journey. 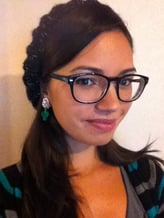 Melissa  Nazario is a graphic designer and social media consultant for Pacifica Graduate Institute. She is also the production manager for Immanence Journal. In 2006, Melissa earned an M.A. in English and American Literature at The University of Texas at El Paso. Her thesis, “Parting the Shadowy Veil: Trauma, Testimony, and Shadow in Toni Morrison’s Beloved” received UTEP’s 2006 Honors Convocation Award for Outstanding English Thesis. Melissa has served as a content editor and graphic designer for the U.S. Marine Corps Public Affairs Department in Okinawa, Japan, as well as a technical writer and quality assurance specialist for Advanced Computer Learning Company in North Carolina. As an educator, she has taught college-level literature, composition, and drama; she also taught English as a second language to adults and children in Japan. 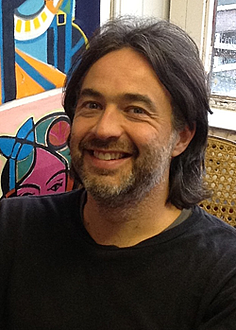 Dr. Keiron Le Grice is a professor of depth psychology and archetypal cosmology. He’s Chair of the Depth Psychology M.A./Ph.D. Program with Jungian and Archetypal Studies Specialization at Pacifica. He teaches courses on archetypes, individuation, alchemy, synchronicity, and the history of depth psychology. He was educated at the University of Leeds England and the California Institute of Integral Studies in San Francisco. He is the author of four books, The Archetypal Cosmos, Discovering Iris, The Rebirth of the Hero, and Archetypal Reflections. He’s co-editor of Jung on Astrology, which is a compilation of Jung’s writings on the topic. He is the founder and former co-editor of Archive, The Journal of Archetypal Cosmology. In 2016, he co-founded The Institute of Transpersonal and Archetypal Studies, and his two-part archetypal astrological analysis of Bruce Springsteen’s song lyrics is housed in the Bruce Springsteen special collection in New Jersey. Recently, he contributed an essay to Jung’s Red Book for Our Times published by Chiron.