Working with the Ancestors: A Jungian Perspective with Sandra Easter, Ph.D.

For Sandra Easter, author of Jung and the Ancestors: Beyond Biography, Mending the Ancestral Web, her journey toward ancestral healing has been filled with synchronicities. Growing up, Sandra always heard from her mother that they were descended from Roger Williams, a man who is credited with founding Providence, Rhode Island, in 1636. Synchronistically, the very same day Sandra’s own daughter decided she wanted to write a school report on this alleged ancestor, Sandra received a document which surprised her by actually confirming direct ancestry on her mother’s side from Roger Williams.

Easter also discovered a synchronicity related to the date of her own birthday, which coincides with the date Providence was burned to the ground in 1676 by descendants of the Native Americans of the Narragansett tribe from whom Williams originally secured the title for Providence.1 Ironically, Sandra also learned that Roger Williams had earlier been banished from the Massachusetts Bay Colony by a man named John Cotton, who was discovered to be the direct ancestor of Sandra’s ex-husband. The synchronicities continued as Sandra realized that Roger Williams and John Cotton had actually met historically on the date on which she and her (now ex-)husband decided to get married.

These kinds of synchronicities often show up when people began researching their own ancestry, Easter notes. Anne Schutzenberger, a Freudian analyst, calls it “the anniversary syndrome,”2 where it often emerges that dates of significant events in an individual’s life, such as births, deaths or other important dates synchronistically coincide with dates of significant ancestral events, often related to trauma or pivotal moments in the life of the ancestor.

C. G. Jung offers a strong perspective on working with our ancestors, Easter believes, particularly through his work in the Red Book which suggests “the dead” can have a significant effect on us. Jung himself looked at his life as being a “historical fragment” in a much larger story, Easter affirms, noting that, according to Jung, each of us “adds an infinitesimal amount to what he would consider to be the evolution of consciousness.”

The story Sandra was lucky enough to uncover about her own ancestor is merely an example of the dynamics that exist for all of us. In her book, she honors the work of West African elder, author, and teacher, Malidoma Some´3, who uses “indigenous science” as a method of understanding and engagement. Indigenous science allows us to go beyond the emphasis on the phenomenological, an integral part of Jung’s work, Sandra points out. Jung’s work serves as a bridge, however. His theories and techniques allow us to engage what current day depth psychologist and mythologist Michael Meade calls “the world behind the world.”

Mending the ancestral web is an archetypal idea: It’s about the relationship between the living and the dead. In Memories, Dreams, Reflections, generally credited as Jung’s autobiography, it is clear that Jung thought about the dead as “the unanswered, unredeemed and unresolved,” Easter insists. While working with Malidoma Some´, she learned that his people “tend” ancestral altars, checking in to see what the ancestors think about things and what offerings are required. If four days go by and no one is making offerings, things get out of balance, they believe, and something must be done to restore the balance.

Imagine how many generations have gone by in western culture without anyone tending ancestors, Sandra points out; no wonder so many things seem out of balance. Jung was very explicit (in his conversations in the Red Book especially) suggesting we need to “turn to the dead, listen to their lament, and accept them with love” because uncompleted work has followed them. Jung honored his belief in the ancestor connection as the home he built in Switzerland, Bollingen Tower, was a place without modernity. It had no electricity; nothing to “disturb the dead” – a place where the dead and ancestors were welcome.

Ancestral connections may be attributed not just to personal, biological ancestors, Easter relays, but may also be cultural ancestors, collective ancestors, ancestors in the land, or animal ancestors. It can seemingly be helpful to work with each of them. Sandra, who offers workshops in ancestral soul work, believes the work necessitates expanding beyond a purely psychological way of looking at the ancestors. In her process, she leads people to create ancestor altars in a way that is similar to her experience of how Malidoma Some´ works in ritual with community. She then guides them to engage in dialogue in a process that is similar to Jung’s concept of active imagination. The core questions are people ask in the process include: “What is being asked of me now?” and “What needs to be tended?” She also directs them to ask the ancestors for help. 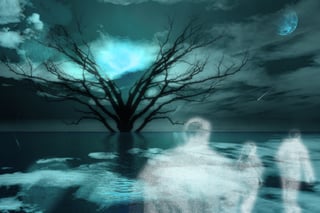 Following dreams and synchronicities in this way allows the ancestors who are most needed to “carry the story” and to embody difficult issues you personally face, to show up—even if you don’t know much about your ancestral lineage. This enables you to work with them consciously and intentionally.

How does one keep a foot in both worlds, I wonder, in order to maintain stability and centering in working with the ancestors. Just as Jung was pushing the edge by engaging so intensively with the psyche during his work on the Red Book, is there not some risk that this kind of otherworldly engagement can be daunting if not downright dangerous?

It’s critical that people do the psychological work in conjunction with processes like family constellation therapy or dialoguing with ancestors, Easter insists. Whether therapy or group work, we all need ways to strengthen the ego to create a container. She prefers to work with people in community or small groups because the group can often hold ritual space in such a way as to be highly supportive of the individual. Jung’s work, especially his way of working with complexes, also provides a tremendous tool that compliments work with ancestral traumas.

Finally, Easter cites a powerful “longing to belong” on the part of many people. In a transient culture where most of us don’t live on land that is ancestral—a place where our ancestors’ bones are buried and where the cosmology that informs our very being imbues the land—it isn’t easy to be rooted. How do we come into relationship with land or place in a way that we can experience belonging in a way that includes not just all of humanity, but also the cosmos, she wonders. Sandra, who herself acknowledges an ongoing personal feeling of longing for a home base throughout most of her life, has found belonging through her relationship to the mountains. If there are ancestors on this planet, they are the mountains, she states. Since all the land on our planet is also connected, therefore we are at home wherever we are.

There are a number of different ways we can begin to do ancestral soul work and begin to uncover a sense of belonging. Easter finds she regularly needs to plant her bare feet on earth or stone to feel that connection, and carries a stone from where her ancestors first set foot in this country in Providence, Rhode Island. Finding your personal myth is also critical, she insists, noting how Jung shared his own myth in Memories, Dreams, Reflections. Finally, we can find belonging in communities like Pacifica, which Easter credits as being a powerful container for her in discovering Jungian thought and in bringing her own ancestral work to light. “I began to see how the known and unknown stories of my ancestors were present in my personal symptoms, inclinations, dreams, and visions, and ultimately, how the ancestors were deeply implicated in my fate,”4 Easter writes in her book. “Gathering the pieces of the ancestral puzzle, finding the threads of connection, and discovering the continuity of our bloodline on this planet, brings us into relationship with the unconscious, ourselves, each other and the world in very particular ways.”5

¹ Learn more about the biography and history of Roger Williams at Wikipedia.com

² See more about Schutzenerger’s book, The Ancestor Syndrome: Transgenerational Psychotherapy and the Hidden Links in the Family Tree

4 In Jung and the Ancestors, Beyond Biography, Mending the Ancestral Web by Sandra Easter, published by Muswell Hill Press, 2016, p. 8

Sandra Easter received her MA in Applied Psychology from the University of Santa Monica and her PhD in Depth Psychology from Pacifica Graduate Institute. She has additional training in the process of council, Indigenous African Spiritual Technologies, Dream Tending and the therapeutic uses of puppetry. In addition to providing individual and group counseling, Sandra has worked nationally with diverse groups in both urban and rural communities including Washington, DC, Philadelphia, Baltimore, New York, Seattle and rural Louisiana, providing education, advocacy and community organization support for over 35 years. In addition to being adjunct faculty at Pacifica Graduate Institute, Sandra maintains a private practice in Denver, CO and offers workshops in ancestral soul work and transformational visioning for individuals and organizations. Her creative approach to teaching and counseling is informed by her love for and training in modern dance, puppetry, story-telling and indigenous ways of knowing. The foundation of her work lies in the experience of the natural, undivided relationship between embodied world and psyche. 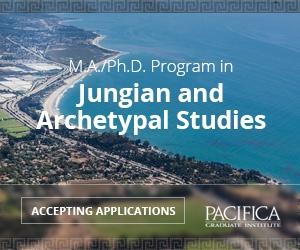