The Value of Multi-Cultural Perspectives in Depth Psychotherapy: An Interview with Dr. Matthew Bennett 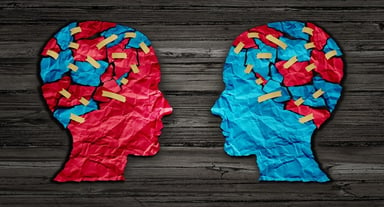 Counseling is an applied healing art that helps us address suffering, enrich personal lives, activate our potential, to live more fully, and to develop more adaptive capacities to life in the view of Dr. Matthew Bennett, a psychotherapist and lecturer who teaches in the M.A. Counseling Psychology Program at Pacifica Graduate Institute. More, psychotherapists and counselors that have a depth psychological orientation are prepared for a “broad spectrum slice of the human experience,” which for Bennett, includes the ability to be emotionally present in difficult emotional circumstances or even to simply better hold and tolerate emotionally powerful situations.

Depth psychology is grounded in the humanities, Bennett reminded me when we connected for an interview on the topic, and therefore it can contribute to an individual experiencing a fuller and richer life. Being able to identify with different kinds of people and to accommodate varying perspectives are just some of the advantages that depth training can contribute to a therapeutic practice. In addition, if one is willing to be a student of the human mind, and of the context provided by mythology and literature, it all serves to “broaden us out”—in a depth psychological way.

Jung spoke of his own work in archeological terms, which does imply a depth that is “going toward the center,” Matthew points out. All depth psychological orientations anchor us, and mythology, storytelling, dreams—even reading fiction—each express some dynamic of what it means to be human. Each contains energetics that are useful in reconciling opposing points of view. That’s how depth becomes breadth, Matthew says. It enables us to countenance the deeper or chthonic layers of life and to draw closer to the archetypes, where things become not only more dynamic and more irrational, but also more powerful.

Jung warned against getting too close to the archetypes, Bennett notes, because identifying with an archetype too strongly may potentially lead to one being consumed by it, so there is a need to take action—to come back from that world and operationalize and integrate what was found and experienced there. Bennett relates how certain old Zen stories tell of pilgrims who go out into the wilderness seeking enlightenment, but who always end back “bare of breast in the market, buying vegetables.” For Matthew, this signifies closing the circle, of coming back home again; of bringing what was learned into everyday life.

Matthew, who spent three years in the Peace Corps in Warsaw, Poland—his own version of “venturing into the wilderness” I would dare to say—insists he found a new way of being in the world through the experience. “The kinds of capacities that depth psychology encourages and fosters allows us to be more in the world more fully and more vibrantly,” he insists.

The idea of wholeness is, in fact, a fundamental idea of Jung’s work, and it entails in part developing the ability to embrace the parts of ourselves that are not wholly conscious, welcomed, or appreciated. It’s important to engage those aspects of the world (and therefore ourselves) in order to make meaning. Reflecting on this, I am reminded of something Jung wrote about how critical it is to go out into the world and encounter people in everyday situations in order to relativize and amplify our understanding:

Anyone who wants to know the human mind will learn next to nothing from experimental psychology. He would be better advised to put away his scholar's gown, bid farewell to his study, and wander with human heart through the world. There, in the horrors of prisons, lunatic asylums and hospitals, in drab suburban pubs, in brothels and gambling-hells, in the salons of the elegant, the Stock Exchanges, Socialist meetings, churches, revivalist gatherings and ecstatic sects, through love and hate, through the experience of passion in every form in his own body, he would reap richer stores of knowledge than text-books a foot thick could give him, and he will know how to doctor the sick with real knowledge of the human soul[1]

Bennett likens the idea to something written by Terence, the Roman slave who became a playwright: “I count nothing human as alien to me,” a statement that further illustrates how reality is grounded in human experience. Bennett goes on to point out that T.S. Eliot even insisted that magical formulas are for practical results, such as getting a cow out of a bog. Bennett’s own work has largely been connected to helping people be in this world, he notes, not to transcend out of it. In the end, that was the instinct that led him to the Peace Corps.

Bennett, who served from 1991 to 1994, never intended to join the Peace Corps, but as he describes it, it was just something that “grew out of” him, and which unfolded in a series of small steps that led to it. He likens it to Tolkien’s hobbits, whose walkway approaches a larger road, that in turn leads to the whole world, and you “never know where you’re going to get swept off to”—which is also true of depth psychology, Bennett points out.

Listen to the 28 minute interview with Dr. Matthew Bennett here.

When our conversation turned to the question of whether Americans are too identified with our own culture, Bennett offered a clear perspective. The American culture is a powerful solvent, he suggests, making it easy for us to dissolve into it. It’s a big country with peaceful borders, vast resources, and intellectual vibrancy with fewer of the conflicts many other countries face. It’s easy for Americans to “float” through our culture and be “suspended” in it, Matthew insists: “Culture is a prism through which we view all of reality, and I think reality itself is culturally determined.” In a consensual reality, the more people decide and agree what is real, the more powerful an idea becomes, he notes: It’s good for us to step out of the culture and see what else is out there.

Joining the Peace Corps and other similar kinds kinds of experiences serve to place people in new cultures. Matthew reminds me that there is a tradition of young people of means, particularly in Europe, to take a year off school and travel the world, and joining the military also provides a similar experience to some extent. To be able to turn around and view one’s own culture from afar is valuable and healthy. Often it’s said it’s harder to re-enter one’s own culture after such an eye-opening experience, he notes, and it illustrates how powerful and seductive one’s culture can be. Such insights include the meaning of truth, justice, and even life itself—and such beliefs as the role of men and women, among others. When we’re able to take back and take those cultural differences in stride, the more we’re going to be able to take those differences in stride when trying to help people who are culturally different.

Having had the good fortune to study abroad myself during my undergraduate years, and to travel quite extensively since in a myriad of cultures that are vastly different from my own, I can relate. Being able to see how people live and think in ways that are often radically different from own very way of being in the world has opened my own eyes to new and different ways of seeing—changing me so much even that I occasionally find myself impatient when I feel others are unable to imagine a certain perspective I have gained and adopted through my experience. In depth psychological terms, identifying, opening to, and ultimately embracing the “other” is a required step toward wholeness.

However, culture isn’t something that necessarily can be or should be transcended, Bennett believes. Like personality organization, another core interest for Bennett, each belief is like its own little culture contributing to a sense of self. Sometimes cultural information contains something almost akin to survival data. The combination of information, the lenses we engage, really flow from how we understand ourselves to be. The process of psychotherapy then, becomes the journey of beginning to understand it and empathize with it. For a therapist, it’s figuring out how a client “makes sense.”

“Just that act of treating people as if they made sense, and trying to connect empathically with how it does make sense is really heart and soul of what I think psychotherapy and counseling are,” says Bennett. “Visiting other cultures and seeing the world sets you up up for that and makes it easier to do.”

The Peace Corps, in partnership with Pacifica Graduate Institute, recently announced the launch of a new Paul D. Coverdell Fellows Program, which will provide graduate school scholarships to returned Peace Corps volunteers who complete a degree-related internship in an underserved American community while they pursue their studies. The Coverdell Fellows Program gives returned volunteers the chance to build on their classroom experience by sharing their unique knowledge and skills with local communities.

Matthew Bennett, Psy.D., is a licensed clinical psychologist, lecturer, and administrator with experience in public sector mental health and substance abuse treatment. He has broad experience in program development. He was formerly founder and first Director of Training for the Ventura County Behavioral Health Pre-Doctoral Internship in Clinical Psychology and Chair-Elect of the Psychology Department at Ventura County Medical Center in Ventura, California. His research interests include personality disorders, comparative personality theory, and internet applications for mental health. Dr. Bennett is also a returned Peace Corps volunteer ("Poland III, 1991-1993"). 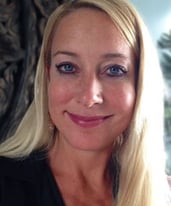 Bonnie Bright, Ph.D., graduated from Pacifica’s Depth Psychology program in 2015. She is the founder of Depth Psychology Alliance, a free online community for everyone interested in depth psychologies, and of DepthList.com, a free-to-search database of Jungian and depth psychology-oriented practitioners. She is also the creator and executive editor of Depth Insights, a semi-annual scholarly journal, and regularly produces audio and video interviews on depth psychological topics. Bonnie has completed 2-year certifications in Archetypal Pattern Analysis via the Assisi Institute; in Technologies of the Sacred with West African elder Malidoma Somé, and has been extensively involved in Holotropic Breathwork™ and the Enneagram.