The Therapy Room and the Interactive Field: Dr. Joseph Cambray on Becoming a Supervisor in Depth

Psychotherapy is pervasive in contemporary culture. Even if you’re not a therapist yourself, if you’re taking the time to read this post, chances are good that either you or someone close to you has been involved in therapy at some point in their lives. And, while you may feel you have a good understanding of what happens in the therapy room, there may be more than meets the eye. Do you ever wonder, for example, what has to occur in the therapeutic process so that the basic experience is what it needs to be for both the client and the therapist? How does a therapist tap into the unconscious in order to help the client be more of “who they are”? How does synchronicity—and the interactive field that emerges between two individuals—serve up messages from the unconscious for the benefit of the work? More, where does the therapist her/himself turn for help in honing their own intuition and skills that ultimately contribute to their own individuation process in working with clients?

These are all questions I asked Jungian analyst, Dr. Joseph Cambray, when he agreed to take a few minutes away from his busy schedule as provost at Pacifica Graduate Institute. Dr. Cambray is co-leading a 10-week course, On Becoming a Supervisor in Depth, along with Linda Carter, Avedis Panajian, Lionel Corbett, and Patricia Katsky starting March 3, 2016, at Pacifica.

Joe Cambray is not only eminently qualified to offer insights on what goes on between a client and therapist in the therapy room, he also has a long history around the process of supervising other therapists, having taught a course on becoming a supervisor for nearly 12 years at Harvard Medical School. More, his landmark book, Synchronicity: Nature and Psyche in an Interconnected Universe, also reveals how Joe is uniquely qualified to help each of us identify ways in which unconscious patterns are at work in our lives and in our journeys of individuation.

Joe describes his own perspective on what has to happen in the therapy room so that the basic experience is what it needs to be. While the focus is on the internal life of the person and on them becoming more of who they are, he notes, there is a symmetry between the client and the therapist. The therapist pays attention to his or her own reactions within the dialogue, and uses them to guide him. 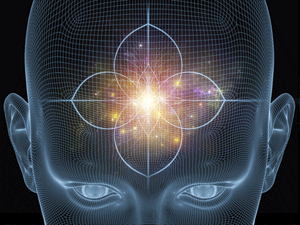 Through clients’ dreams and through certain events in their lives, it is possible to see how the unconscious is mobilized and activated. More, there is a field that transpires between the therapist and client—what Jung himself might have described as “a multi-dimensional field within the limited frame of our own sensory perception.” Therapists hone certain skills and processes that enable them to tune into what’s emerging into the field between the two individuals. As images arising in the therapy begin to create resonance, it enables us to perceive how the archetypal field is shaping itself, and what’s coming into consciousness.

Perceiving the field is about the “third”—the supervenient— the extraneous or unexpected, Cambray asserts. It’s “something holistically larger” that happens between two individuals that neither can own, but that both are within: an “emergence”—or “emergent phenomenon.” The mind emerges out of the brain in interaction with the environment, including the narrative dimensions of the environment.

How do you begin to go about training a therapist to notice the field, and what is emerging in the field, I wondered aloud. Cambray points out how the process is illustrated in Jung’s Red Book, and in the way in which Jung took great fantasies that were disturbing him and entering into those fantasies rather than repressing them or disregarding them. While there were psychological dangers to this kind of work, Jung persisted, and he set a pathway for us to follow.

Some of the analytic tools therapists use to perceive the field are reverie –that is, sitting quietly and observing the contents of the mind and watching what emerges; countertransference, when the reactions of a therapist that are activated within the therapeutic dyad might be considered a communication from the unconscious, and therapists as resonant instruments in the process; or what Cambray calls objective empathy, where the therapist is empathic with the whole of the situation— including the unconscious dimensions—and not just the client’s ego. Joe recounted a transformational experience of being in analysis himself when he realized the analyst was speaking directly to a figure from a dream they were discussing, bypassing Joe’s own ego completely, as if he were a bystander in the process.

In fact, the way we traditionally understand empathy is far too limited, Cambray suggests. Jung’s notion of a psychoid unconscious (or archetype), in which the structure of the world is intuitively informing us all the time, is an important aspect of the process. Cambray, who refers to “the artistic intuition of the psychoid,” points out how extraordinary elaborate geometric patterns that exist inside 13th century mosques in Iran could not be “worked out” with any of the simple geometric tools that we have—and, in fact, were not replicated by scientists in the west until the 1970s and 80s. Seemingly, five hundred years prior to our current science, the craftspeople who created the patterns were in touch with a fundamental geometric structure of the universe. 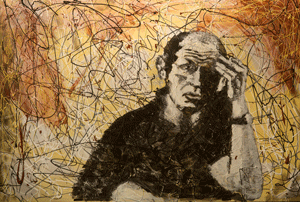 A more contemporary example, Joe states, is recent analyses of the fractal qualities that are inherent in Jackson Pollock’s drip paintings, which reveal Pollock had “spontaneously intuited a way to get at the optimal amount of fractal density.” It’s that kind of intuitive knowing from nature—not from a cognitive rational process—which, when they emerge in therapy and supervision, are art forms.

All this prompted me to inquire how synchronicity, the topic of Joe’s aforementioned book, shows up in the therapy room and in supervision. In complex systems, there is language available that allows us to talk about the way interactions create a larger, holistic structure, Joe submits. Intuition is that part of our psyche that has evolved to pick up patterns—and those are not necessarily causal patterns. Joe sees synchronicity arising in supervision, in the therapy room; even when he does analysis using Skype, noting some interesting examples. We have only scratched the surface of looking at synchronicity with Jung’s work, Cambray believes. The fields (between us) have synchronistic dimensions to them. It’s a fundamental part of the structure of reality. 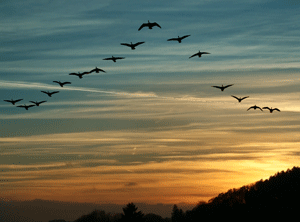 Ultimately, Joe notes, we can look to nature for some remarkably creative solutions. As a culture, we’re just beginning to touch on biological intelligence. Ant colonies are incredibly intelligent as a whole unit in the way they solve problems. Insect swarms or flocks of birds that act in perfect sync, with no apparent guiding principle that overtly tells them all to turn left at the exact same moment, are also examples. Nature provides a set of micro-cues that create collective behavior “in the most wonderful and mysterious ways.” What we call intuition is some of that kind of collective phenomena, Joe suggests.

I agree. Given our conversation, I’m more motivated than ever to pay attention to emergent patterns. And, for all the ways we each strive to perceive what is arising from the unconscious, you can bet the best therapists are tuned in to help us interpret and digest what emerges, and that each of them has a supervisor who is equally engaged. 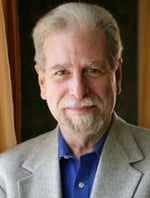 Joe Cambray, Ph.D., is Provost and Vice-President of Academic Affairs at Pacifica Graduate Institute as well as a Jungian analyst. He is Past-President of the International Association for Analytical Psychology, and former US Editor of the Journal of Analytical Psychology. For years he was on the faculty of the Center for Psychoanalytic Studies at Harvard Medical School where he co-taught a year-long course on becoming a supervisor. His numerous publications include the book based on his Fay Lectures: Synchronicity: Nature and Psyche in an Interconnected Universe; a volume edited with Linda Carter, Analytical Psychology: Contemporary Perspectives in Jungian Psychology; and a two volume compendium on research in analytical psychology co-edited with Christian Roesler and Leslie Sawin currently in publication. In addition, he has published numerous papers in a range of international journals.