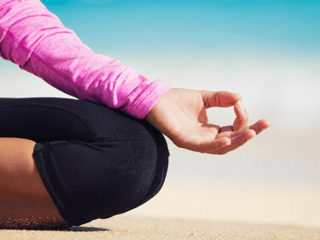 I’d been doing yoga diligently for 7 years. I could bend myself into a pretzel and sit in marathon meditation sessions with the best of them. Whatever yoga practice I delved into, I was still miserable. I had these negative voices in my head that would spiral me into darkness and no matter how much I chanted or engaged in alternate nostril breathing, they wouldn’t go away. They wouldn’t let go of their great hold on me. That is, until I found someone who did work specifically on the unconscious mind. And in a very short time, I found that there was an entire part of my being that had literally never been tapped into. When I finally did start tapping, my world changed completely. 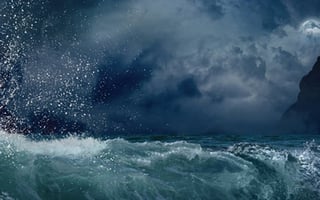 Now we get to yoga’s missing piece: Its potential to bypass the unconscious. Many contemporary yoga practices try to override it, to go straight past it or ignore it altogether. Turns out that’s a bit like shaving off the top of the iceberg and calling the waters safely navigable. The unconscious is a vast leviathan that must be addressed in order to successfully abide without suffering in this human life. No, truly. Because every single thing that we do, think, and are has already been determined by our unconscious milliseconds before our conscious mind believes we have decided it. If we want to break our cyclical patterning (in yogic terms, break the karma), then we need to entertain the unconscious and give it some form of dialogue. Without dialogue with the unconscious; it’s like trying to change the course of a river by trying to guide it over dry land. Ain’t. Gonna. Happen.

There are a few things that merely entertain the unconscious in yoga. In my estimation, the most powerful is actually mantra or sound. But, generally the application is that we apply mantra or sound to try and change, or control the unconscious. Yeah, good luck with that. I think it’s more like the vibrations can create a sound platform upon which personal change could occur - but that platform has to be a stage set with the right characters.

And, here’s where we get to my point. Pure yogic mysticism, in its desire for absolute transcendence, is devoid of myth. 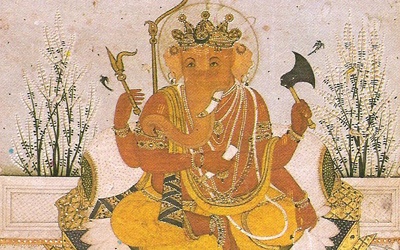 “But, wait!” you say, “There’s great characters like Hanuman and Shiva and we’re always praying to Lakshmi for abundance!” Except that those characters come from the rituals and religious practices of the people of India - collectively called Hinduism. They’re not properties of yoga itself, except by proximity and association. If we take a look at texts that deal exclusively with yoga - the yoga sutra, the hatha yoga pradipika, the shiva and gheranda samhita - we see that they’re prescriptive texts dealing with very clear philosophical and energetic ideas but they are quite devoid of any story or mythology. Which leads me to my point, that the big glitch in the yoga system is that there is no attention paid to the unconscious mind, where the core of our being lies, where the answers to our deepest inquiries can be found, and where the wisdom of the collective can be accessed.

Want to fix the glitch? Then, indulge yourself in mythology.

Mythology allows us to dialogue with and entertain the unconscious so that it can be a guide on our journey rather than a hindrance. As soon as we give it credence and a way to interact with us, then we are freed of its great resistance to change. I noticed this as I began to integrate the rich mythology of the hindu tradition into my classes. People responded so well to the stories of Hanuman overcoming his forgetfulness through faith...far more successfully than if I were to simply instruct them based on yoga sutra 1.23 which roughly translates as “Give everything over to a higher power.”

“Yeah, what? Why? Why should I give anything away,” one might ask.

And, that’s a great question. It shows us our resistance to the sheer facts of an idea like this. But, pair it with a beautiful story that shows you how a character does this successfully and suddenly we have the answer. We have a container into which we can place our own self and story and a clearly navigable path to follow on our own journey.

Myth is how we can ultimately understand the sutras. It's how we understand our internal resistance even to things that are good for us, and it's relevance on the spiritual path. Myth is the container within which to place the entirety of our own spiritual journey. Without it, very little progress can be made. We run into road blocks as we try to force ourselves into tiny little boxes and do the things that yoga promises will create transformation. For years, I would teach about yoga sutra 2.33 which says to think the opposite when disturbed by disturbing thoughts. Yeah, great advice, Patanjali, but have you ever actually tried to do it? Nearly impossible. If the thoughts are bubbling up from the unconscious mind, even the best thoughts in the world won’t be able to keep them at bay. Only dialoguing directly with the unconscious can we start to turn the tide.

But, it’s not a forced change in this case, either. It’s more of a softness. A relaxation of the “willfulness” imbued within yoga (the word hatha can literally be translated as “forceful”). What if through the power of mythology you could simply let the story evolve and allow the yoga to do it’s job...without any force or strain. What if instead of guilt-tripping yourself into a daily practice that if you miss it, makes you feel even more guilty, you were simply inspired to do whatever practice each day most fed your soul. This kind of softness arises when we start to reintegrate mythology back into our lives.

We go back to embracing the mystery.

Instead of just the black and white of “inhale” and “exhale,” it’s more of a “breathe when inspired” kind of attitude. Instead of “meditate by thinking of nothing,” you sit in quiet observation of the story that is simply unfolding inside you. Carl Jung developed his understanding of psychology by asking himself, “What myth do I live by?” It’s a question that lead him into the depths of his psyche and back again. Joseph Campbell followed up this question by encouraging an inquiry into myths and stories to find the ones that most inspire you personally. It’s the mythology that most resonates with us that holds the keys to unlock our own journey. Now, the question will likely arise, “How do I find that myth?”

While the problem with yoga is that it is devoid of myth, it’s redemption lies in the fact that it will accept fully any myth we bring to it. When we find the mythologies that most resonate with us, we can use them as the container to hold our unfolding practice. We can use them as the lens through which we understand the world and shift our perceptions to narrate our stories with a happier internal dialogue. When we embrace the mystery and envelop ourselves with mythology we will reap the fruits of living out the journey that is destined for us by the power of our unconscious.

Alanna Kaivalya, PhD, believes in the power of yoga, psychology and mythology as a means to guide people toward their personal bliss. On this principle she founded The Kaivalya Yoga Method, a fresh take on yoga emphasizing the individual path while honoring tradition. Teaching students since 2001, teachers since 2003, Alanna has written and developed teacher trainings worldwide for top studios and independently. In 2015, she debuted a comprehensive 500 hour online teacher training with YogaDownload. She holds a Ph.D. in Mythological Studies with an Emphasis in Depth Psychology from Pacifica Graduate Institute, and has lead mythologically-based retreats around the world, including India and Bali. Also a prolific writer, Alanna has authored numerous articles and two books: Myths of the Asanas, an accessible practitioner’s guide to stories behind beloved poses; Sacred Sound, a yoga “hymnal,” illustrating the role of chant and mantra in modern practice. Her third book, Yoga Beyond the Mat, is a guide for modern practitioners to develop their own personal mythology through yoga. She lives in New York City with her husband, and Roxy the Wonderdog.