Having just returned from the “Sister Giant” conference in Washington D.C., where presented alongside Bernie Sanders, Marianne Williamson, Thom Hartmann, and Robert Thurman (among others), Houston’s passions were clearly stirred when she sat down to speak with me. That conference, also streamed live around the world, explored the intersection of spirituality and politics—a befitting arena for Houston’s long track record of advocating and fostering leadership and personal and social transformation. We are powerfully connected, she asserts, because we don’t just live in the universe; the universe also lives in us. We are called now, more than ever before, to use the incredible powers that exist in us, tapping into powers that we have rarely collectively been required to use. 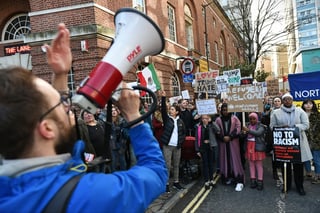 In Washington, Houston recited a poem from playwright Christopher Fry (1907–2005): “Dark and cold we may be, but this is no winter now....” The poem goes on to proclaim, “The frozen misery of centuries breaks, cracks, begins to move.” Houston uses the poem to allude to how we are “living in a time of the rising of the dark,” when principles of freedom and liberty and justice are in the process of being destroyed. Her displeasure at the new United States administration and all that it stands for is apparent. People are being tricked by “show business,” she asserts, where one can “say or do anything and people believe it.” It is an era of bait and switch.

However, this darkness also heralds an opportunity, a time of stupendous shift in the understanding of what is possible, she insists, pointing out that such seemingly cataclysmic events may potentially serve as training wheels. We have arrived on earth at the time of great recreation; a place of reinvention, for the culture, the government, ecology, and even ourselves. We are experiencing a time of potential new destiny where our finest creations, opportunities, understanding, ideas, and deeper purpose are increasingly coming alive and available. What this moment requires, then, is “a whole new order of problem solving and exploration of purpose.”

Houston’s work, which has long focused on enriching and laying down new pathways in our body and brains to understand our purpose in deeper ways, advocates attention and mindfulness—enabling us to inhabit our lives more fully. As a result, consciousness and intelligence grow, she relates, thus priming creativity, and contributing to our need for a whole new level of problem-solving and purpose.

We have no choice but to enter into greatness, she ardently declares. We must use the whole continuum of the human and divine potential. We've always known It’s not only possible; it’s what expected of us, and may, in fact, even be that for which we’ve been created. 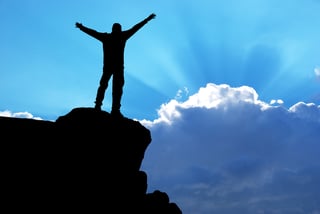 Houston continues, proffering a powerful perspective: “It’s time to ‘elect yourself,’” she insists, “to become party to all your parts: sensory, psychological, myth, spiritual. Don’t let yourself fall into the torpor of despair. Wake up to the senses and activate the capacity to think, feel, understand in multiple ways.” This act of “electing ourselves” to the “highest office” allows us to resist; to fight, in the face of intimidation, deceit, war-mongering, and assault; when “every legal system is being shut down.”

“We have to help the helpless!” she fervently contends. “We have to re-believe in our constitution. Donald Trump and his cronies are NOT America, and we have to remember and practice the values that are the bedrock of what America was founded on and what we collectively represent. We do not allow a bully to take away our rights or the rights of anybody else.”

Soul-centered action is key, she believes. It appeals to a collective belief in the possible human and the possible world—and thus the miracle of collective intention. “When we leverage collective intention working at a soul level,” she argues, “we no longer assume that what has just happened or is true of the past will hold for the future.” This is a time when goodness is actually arising in America, Houston asserts, and we must also pay attention the good things that are happening. Now is the time for “enhancing our psychological genius.” Beneath the surface of consciousness, the creative process is going on all the time. The world needs people who have come alive, she asserts. We are not “psychologically encapsulated bags of skin dragging around dreary little egos!—The point is to raise the bar.” She quotes Howard Thurman, an African-American author, educator, and civil rights leader, who said simply, “Don’t ask what the world needs. Ask what makes you come alive and go do it!”

Houston refers again to Fry’s poem: “Thank God, our time is now—when wrong comes up to face us everywhere. Never to leave us till we take the longest stride man ever took.” This “stride of soul” takes us into the living myth, she insists, work which is being done at Meridian University in Petaluma, CA, where she serves as Chancellor, and also at Pacifica, among others. The stride of soul is the new hero and heroine’s journey: It begins with a call, she declares: “By God, we are being called!—and it’s one we cannot refuse”.

Women are primary among those leading the charge to check Trump’s power, Houston says; especially those who misbehave. They serve as Trump’s emotional Achilles heel. Women are “more about process instead of product, and more about relationship,” she reflects. Therefore, women’s marches are about the rebirthing of society. The aforementioned play, “Tonight in Dreamland” is about parallel worlds, she points out, and we are in the process of creating a parallel society that is larger than anything in the new administrative agenda.

We feel a fervor, and we must envision something larger in our minds and hearts; something endowed with moral courage and dedication about how what we do is affecting the future. Working together and gathering in community becomes a powerful vehicle for creating transformation, Houston reminds me, quoting anthropologist Margaret Mead, whom Houston was so close to that she refers to her as her “adopted mother”: “Never doubt that a small group of thoughtful, committed citizens can change the world; indeed, it's the only thing that ever has.”

When we come together—thoughtfully—the rising of the dark is met with the rise of goodness, Houston states. We don’t have time for getting fearful. It’s time for action, for going out and making a difference. There are conclaves of intelligence and new orders in education at places like Pacifica and others that inspire us to make that difference. If we are coded for greatness, imbued with gifts and creativity as Houston believes, can we learn to harness the different futures that are within us? Part of our mandate as humans is the quest and discovery of what lies within, what is larger than our local selves, what is calling us to engage the possibilities that are calling us into greatness.

We’re living “in the time of the changing of the game.” Houston, who has spent time with both Mother Teresa and the Dalai Lama and who has worked in over 100 countries to inspire and facilitate transformation, suggests it’s often the individuals who are unknown who bring kindness, compassion, persistence, and healing and understanding to “broken lives.” “We are storied beings through and through,” she maintains. “Story is the juice that energizes our comings and goings.” Stories give us meaning, and now we find ourselves in a brand new story. We are given passion and purpose by the breakdown of almost old forms in the culture, but at the same time that passion and purpose lead us to breakthrough, the discovery that we have access to the universal knowing. 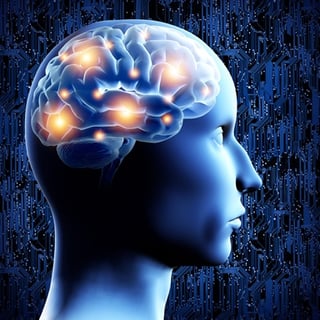 An ancient Vedic Sanskrit text says that human beings are physical spiritual beings in a meaningful and purposeful universe of unlimited consciousness within which matter forms, she relays. We are now living in a time the emergence of “these deeper codes within us—deeper consciousness pushing us to ever greater levels of complexity, increasing diversity, organization, connectivity, and the emergence of capacities we never thought to have—and now we have to use them!”

Houston goes on, poignantly: “We are becoming conscious of our capacity to direct the next phase. We are game changers; we have to be! Climate, ecology, finance, governance, immigration, theology, food, education, media, I.T.—and the biggest of all, the rise of women. We have to celebrate that! The “showbiz” people are trying to bring it to a level of containment and fear.” We must rise up to deal with this on every possible level.

Houston’s passionate and poetic discourse is reminiscent of what Stephen Aizenstat, Chancellor of Pacifica and once a student of Jean’s before they collaborated (along with others) to create Pacifica, has called “archetypal activism." Archetypal activism is a process by which we can engage with current events, including politics and ecological concerns, among them, in a depth psychological way in much of the same manner Houston describes. It requires openness, attention and mindfulness, the gathering of community, the act of storying, and a willingness to take action. Above all, it requires consciousness, and consciousness, as Houston notes, is at the core of the nature of reality.

Soul-centered action goes beyond religion and partisanship, calling for the tomorrow we must build. It’s a call to the collective belief to the possible human and the possible world, and thus the miracle of collective intention, avows Houston. Many will agree that we are greatly in need of transformation at this critical moment in history, and Dr. Jean Houston is a profound force for change in our world.

[1] Learn more about the conference at http://sistergiant.com/

[2] Read the full poem, “A Sleep of Prisoners” by Christopher Fry at http://www.worldgathering.net/world/prisoners.html

[3] Stephen Aizenstat, DreamTending: Awakening to the Healing Power of Dreams

Jean Houston, is a visionary thinker, teacher, and philosopher who pioneered the Human Potential Movement and established the Social Artistry leaderships model that she used in her work with the United Nations Development program. Over the course of her life’s work, Houston has developed a worldwide network of social leaders, educators, and philosophers including Joseph Campbell, Margaret Mead, Buckminster Fuller, Jonas Salk, Presidents Jimmy Carter and Bill Clinton, as well as United States Secretary of State Hillary Clinton, giving her unique insight into the human potential. Houston has worked with agencies of the United Nations, NASA, and many others. She is the author of nearly 30 books.

Upcoming Events at The Retreat