Postgraduate Pluses and the Myriad Rewards of Master's and Doctoral Degrees

This article first appeared in the March 10th weekly edition of L.A. Weekly by Paul Rogers

We’ve all had that friend who seems to have been “working on their master’s” or “doing their doctorate” forever. However mysterious their endeavors might be, it’s clear that these are something worth devoting a chunk of their life (and a chunk of change) to – and usually while also juggling work and family commitments. 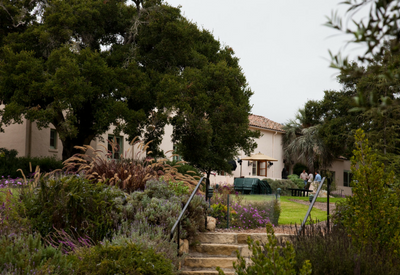 American universities award around 750,000 master’s degrees and 175,000 doctorates each year. So just what are these advanced qualifications, what do they entail - and what should scholars expect at the end of years of study?

Two types of post-graduate degrees are offered in America. Master’s degrees, which usually take two to three years to complete, exist to demonstrate advanced mastery of a specific field of study or area of professional practice. A doctorate (also called a doctor’s or doctoral degree) qualifies holders to teach at the university level or to work in a specific profession, such as law, psychology, medicine (physicians, surgeons and doctors), or science (for example, medical scientists or marine biologists). Divided into “research degrees” and “professional degrees”, doctorates will require three to seven years of further study after earning a master’s.

“At the master’s level, it invites you to explore pretty thoroughly a topic of your desire,” said Dr. Craig Chalquist, Associate Provost of Pacifica Graduate Institute, which offers master’s and doctoral degrees in several areas of study at two campuses near Santa Barbara. “At the doctoral level, you’re expected to become an academic and applied expert in that field.”

In order to thrive at a graduate level, an individual will require not just ambition for career advancement (and a bigger pay check), but also a true passion for learning, highly-developed reading and writing skills, advanced analytical thinking abilities, a love of inquiry, and mental flexibility when encountering diverse approaches to problem solving. 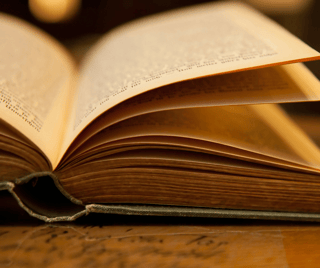 “At the undergraduate level, you’re just sort of watching movies … At the master’s level, you’re moving on to critiquing movies,” said Dr. Michael Berger, dean of the College of Doctoral Studies at Grand Canyon University (GCU), by way of metaphor. “And then at the doctoral level, we’re finally moving on to directing and creating your own movie.” GCU is a private Christian university comprising a state-of-the-art online education platform and 17,500 students on its Phoenix, Ariz. campus.

The academic arc from a bachelor’s degree through a master’s and then on to a doctoral degree is about evolving from being a student to becoming a specialist scholar.

“When you’re in a bachelor’s program, you’re learning the fundamental building blocks of knowledge in a field,” Berger continued. “When you move on to a master’s … you’re not just stacking those blocks – you’re re-arranging them; you’re learning what they’re made of.”

While a master’s degree teaches the research skills and study techniques to analyze and evaluate other peoples’ work, a doctorate involves the synthesis and very creation of new knowledge.

“You’re no longer reading research – you’re writing research,” said Berger. “And it’s this sort of complex transition … which is one of the reasons that doctoral education can be so hard: it’s not about learning new things – you need to learn new ways of thinking.”

As well as holding a bachelor’s degree, most institutions will expect further demonstration that a grad school candidate has both the academic track record and personal attributes indicative of the ability to successfully tackle the demands of a master’s or doctoral program.

“We do look at have you gotten your degree from another regionally-accredited institution – we feel that’s important,” said Berger. “GPA is a broad measure that’s been around a long time, but it’s still a good indicator of overall student success.”

Many programs will also consider letters of recommendation – from professors, someone who has earned the degree which a prospective student is seeking, and/or an advanced degree holder who has been their supervisor in a professional setting – and an applicant’s work history.

“The ability to write is necessary, and in fact people, for most programs, submit a writing sample,” said Chalquist. “So that we can see that prospective students can organize their thoughts on paper pretty well.”

The time commitment required of grad students is considerable (around 20 hours per week for doctoral programs, a little less for master’s, according to Berger), especially when considered alongside job and familial obligations. Plus, at this level of study, substantial periods of uninterrupted study are recommended, rather than just an hour or two at a time.

Most grad students simultaneously work at least part-time, but other sources of funding for tuition are available. Some programs offer teaching assistantships, wherein a grad student teaches undergrads attending the same university in return for a certain amount of tuition being waived. Some companies offer tuition assistance to their employees. Scholarships, especially for science and technology programs, and Federal Student Aid are also available to grad students.

“Most standard net-prices calculators only show the first year of school costs,” said Nikki Mancuso, Senior Vice President, Online Operations for the College of Doctoral Studies at GCU. “We have a custom-developed GCU net-price calculator that will show the full length of the program, which clearly spells out all the costs … along with a very important educational component on responsible borrowing.”

After their years of arduous study, research, and examination, plus many thousands of dollars spent, holders of graduate degrees can expect admission to certain (well-paid) career fields, or swifter ascent of the promotional ladder in their existing profession or workplace. The sheer prestige and credibility attached to doctorates can also prove invaluable, especially, for example, for authors. But there are less tangible rewards, too.

“Usually folks who come into our doctoral programs want to make a change,” said Berger. “They’ve seen something; they have a passion for some topic [wherein] they want something to happen that’s different, whether it’s their work community, their ministry community [or] a non-profit that they’re involved in.”

Certain programs, such as psychology, can also have an acute personal impact on graduate-level scholars – even before their studies are complete.

“Sometimes such profound self-understanding that it actually changes the course of one’s life,” Chalquist revealed. “I’ve often heard older students, in class, say ‘y’know, I’ve been doing the same pattern of behavior all my life and I never understood until this moment why I do that and how it affects me’.”

Reprinted with permission from Paul Rogers at L.A. Weekly.