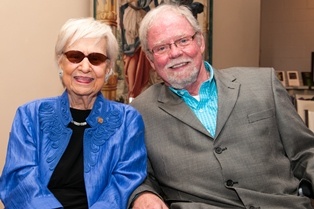 My mentor named above, who has inspired me for over 40 years, was my teacher in graduate school at the University of Dallas from 1972-76; she was also my dissertation advisor and encouraged me to publish it as my first book. Some years later, as she began to envision a summer program for high school teachers to spend four weeks studying the classics of literature for two successive summers, she invited several of those who studied with her to help her plan this innovative learning experience. That rich and transformative program, housed within the Dallas Institute of Humanities and Culture, continues to thrive over 30 years after its inception; hundreds of teachers have benefitted from Dr. Louise’s vision and from the teaching by her former students. 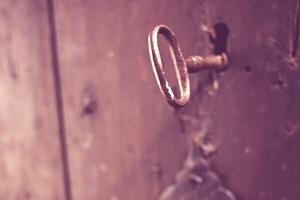 As I prepare to drive to Dallas to serve as one of the pall bearers at her funeral service, I have been considering what the supreme value being mentored affords any of us, whether in learning a discipline, inculcating values, assisting one in setting his/her compass in the right direction, or guiding one’s life work. Mentoring is not mind-control or indoctrination into a narrow corridor of beliefs. Rather, it is an avenue to liberation from such tyranny. Something in the process of the beneficiary of being mentored is redeemed; I believe it is the best part of an individual whose talents and potentials are unlocked by a mentor in order to thrive, finally, in their own way and in their own time.

A mentor also serves as a bridge rather than a goal; what I remember now, so many years later, is that Dr. Louise saw in many of us who studied with her and who over time became her colleagues and friends, is that she saw in us what, for many, we did not see in ourselves. We often need another to identify for us where our strengths and talents lie; mentors often serve that important role. I believe a mentor points her charges in the right direction, a direction that one’s soul already knows on some level, but has not yet recognized, engaged or enacted in the world. This idea brings me to suggest that a major difference between a teacher and a mentor is that a teacher informs but a mentor inspires; the difference between these two functions is enormous.

Dr. Louise believed and had us consider that each of us is called to do a work in the world and this work went beyond a job and salaries. It was closer to a vocation, wherein the etymology of the word suggests a calling, a voice, and what it finally calls us to is a coherent life in the service of something beyond ourselves. It was also a call to be present to something important for the community, for the culture, and finally, something that would benefit humanity generally. For Dr. Louise, poetry specifically, as well as the Liberal Arts generally, had the capacity to transform cultural norms and conventions that had become too narrow, too ideological and in many situations suffocated the wider range of being human that revitalizes, in turn, the health of society.

She also believed that teaching was a noble calling for such a transformation. Not teaching to pass a test or simply repeat information; no, teaching was more than data-processing devoid of meaning. It was to transform one’s understanding and to further in the student those moments of insight wherein what is learned is imaginatively converted into something we might still dare to call wisdom. Not skill-acquisition but rather a certainty that the imagination is also a valid form of knowing. Albert Einstein himself believed that the imagination was a far more potent way of learning and knowing than reason.

Finally, a mentor cultivates; she prepares the ground and plants the seeds in the student; the student in turn develops, nurtures and cultivates the fruits of such an organic process. Under mentorship, learning becomes more a tilling of the soil than a telling of data. From Dr. Louise I and others learned the power, the passion and the purpose of the creative imagination as it seeks not information but transformation through insights earned and then claimed as one’s own. Such a process furthers the seeded earth’s growth with one’s own imaginative contributions.

When a mentor passes from this life, she remains very much alive in others through memory’s fashioning. The person may leave us but the traces of her genius continue to inform, inspire and renew those in whom the vision is deeply and firmly implanted. We might say that we remember good teachers but we revere memorable mentors. Rest in well-earned peace, Dr. Louise, for your legacy is very much alive in all those you touched and gladdened with your generous spirit. For that we give thanks.

Dennis Patrick Slattery, Ph.D. has been teaching for 45 years, the last 20 at Pacifica Graduate Institute in Santa Barbara, California. He lives in New Braunfels.