After co-leading a very successful 9-month certificate on memoir writing, the Retreat at Pacifica announced they would offer the same program starting in March of 2018, along Dr. Jennifer Selig and Dr. Daphne Dodson, and with the participation of Kelly Carlin who wrote her own memoir about her famous father[1], in part as a result of her education with Murdock at Pacifica. Earlier this year, I asked Murdock to expound on what it takes to produce a good memoir. 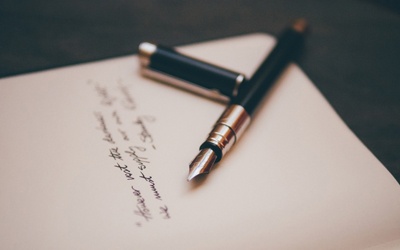 Memoir, Murdock suggests, is about taking a slice of one’s life, as opposed to an autobiography, which typically begins at birth and tells the story of one’s life up until the point they are famous enough to write an autobiography. An autobiography is also linear and based on facts, potentially referencing outside media about the individual, whereas a memoir is not focused on facts as much as on “one’s own emotional truth.” Murdock specifically describes a memoir as “your story at a particular time in your life.”

Further, memoir is the product of a dynamic or evolving self; thus, it needs to be rooted in cultural and historical facts and also in gender and race. Often people who come in to a memoir project with an agenda don't end up where they expected to go, Murdock notes. Certain themes tend to expand as you write about them. You end up focusing not just on yourself, but on your experience within a much larger context. 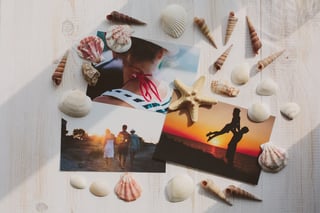 As people start to write, various aspects of the unconscious inform their writing. The notion that individuals have personal myths which contribute archetypal themes to their lives (or periods of their lives) is not new, but it’s very powerful. Murdock relates how she began noticing mythic themes in memoirs she was reading, and encountered the phenomenon personally when writing her latest memoir (to be published in June, 2017), Blinded by Hope[2], which is about her experience as the mother of a son who suffers from bi-polar disorder and addiction. Murdock reveals that during the 13 years it took for the work to evolve, she discovered that she was living out the myth of Demeter and Persephone, the theme of which is that of a mother grieving for her lost child. Another image that kept coming up for Murdock in the process, she reveals, was the Pietà—the image of the holy mother holding the dead Christ, so Murdock worked with both of those images in her process.

Murdock offers up the key elements of a memoir. First and foremost, memoir is based on a memory, and no memory is too small, she insists. Another element is that of a “universal idea”—it has to have an aspect of a universal truth, which provides a context or other people to relate to this memory. Memoir relies on general language rather than technical language, and is built on scenes or sensory memories. You have to have scenes and even dialogue, she asserts, just as you would in fiction writing. The most important element in memoir, however, is reflection. Uncovering what one has learned about one’s self, about others, or about one’s culture or race are all powerful products of a good memoir.

Murdock notes that when memoirs first began to be popularized in the 1980s, there were few that made good use of the process of reflection. Starting in the 1990s, they began to improve, particularly with the publication of Angela’s Ashes by Frank McCourt[3], published in the 1990s, which Murdock believes significantly changed the face of the genre. In the 1990s, we started to see people explore their lives in greater depth, she says. Not only has that trend continued; we’re also now witnessing memoir converted into plays, like Joan Didion’s “The Year of Magical Thinking.”[4] Another, “Fun Home,”[5] about a girl exploring her sexuality, became a musical on Broadway.

I remember reading Angela’s Ashes around the time it was published and wonder aloud to Murdock if memoirs are not only healing for the person writing them, that is, the individual who is writing through the memory—but perhaps they are also healing to the readers whose lives are touched by such cosmic themes.

Murdock agrees: We’re not just writing for ourselves; in well-written memoirs, we’re a stand-in for the collective on some level. Her dissertation, entitled “Memoir as Contemporary Myth,” went as far as to suggest that our contemporary memoirists are contemporary myth-makers, as well.

Applying a depth psychological approach to memoir writing is a valuable asset. When you write other characters, it’s critical to get into their psyche so they don’t come across as flat, and that is what is truly healing, she asserts. When you really begin to access the psyche of the other characters in a given dynamic, you begin to understand your own experience better. As humans, we typically want to explore their memories, says Murdock, and particularly once time passes and we tend to have a different perspective.

It’s fascinating to look at how one’s angle of perception widens. Memoir should never be considered narcissistic, she insists, because good memoir is always related to the collective and delivers a cultural and historical perspective. Memoir can be a tool to not only explore those parts of ourselves that we know, but also those parts that are unconscious. Writing from an experience of mythological consciousness and from an archetypal perspective allows new creativity to emerge. 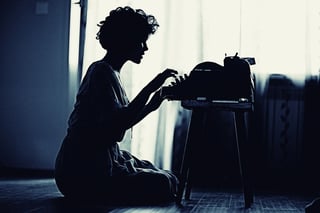 Writing is work, and writing at any depth level takes time, Murdock acknowledges, but it’s also a process of learning about oneself. As both a therapist and the mother of an adult child who suffers with bi-polar illness, it became part of her personal journey to come to the understanding that she couldn't fix it; rather she realized she had to discover her own role and participation in the story of his illness, a story which emerges in Blinded by Hope.

And writing a memoir is just part of the story. It’s not easy getting a memoir published, she notes. Even though Murdock herself has a fairly strong track record as a published author, there are a lot of people writing memoirs right now, which is yet another reason the certificate program makes sense because there may be opportunities that arise for publishing through the group.

Murdock is clearly excited about the prospects of hosting a 9-month certificate program in writing memoir. There is a positive aspect of working on memoirs as a collective, she points out. There’s a process by which people begin to feel safe enough to share their memories with others and to get feedback, and when one is writing one’s emotional truth, there is a certain authenticity that surely emerges. Memoir is particularly important for women, whose voices have not been heard equally to those of men, Murdock believes, because it offers them chance to state their own emotional truths and to know what they stand for.

Regarding the upcoming Pacifica certificate program, people who are interested don’t need to feel they have to write a memoir, insists Murdock. They may choose to write multiple short pieces, as many memoirs tend to be these days. The magic of memoirs is that when you put your toe in the water, you’re led by your memories. We’re always led by the image, she maintains, so we must always follow the image and see where it leads.

[2] Blinded by Hope: One Mother’s Journey Through Her Son’s Bipolar Illness and Addiction by Maureen Murdock, (forthcoming, June 2017): https://www.amazon.com/Blinded-Hope-Mothers-Journey-Addiction/dp/163152125X

[4] Joan Didion’s Year of Magical Thinking: Read a review of the play in the NY Times, “The Sound of One Heart Breaking” at http://www.nytimes.com/2007/03/30/theater/reviews/30magi.html

[5] Read a review of Fun Home at the Circle in the Square Theater at https://www.nytimes.com/2015/04/20/theater/review-fun-home-at-the-circle-in-the-square-theater.html

Maureen Murdock is a Jungian-oriented psychotherapist in private practice in Santa Barbara, CA. She was Chair and Core Faculty of the MA Counseling Psychology Program at Pacifica Graduate Institute where she taught a course on Memoir and Myth. She continues as adjunct at Pacifica and taught in the Depth Psychology Program at Sonoma State University. She teaches memoir classes and workshops internationally as well as teaching memoir in the UCLA Extension Writers’ Program since 1990. She is the author of the best-selling book, The Heroine’s Journey: Women’s Quest for Wholeness, which explores the rich territory of the feminine psyche and delineates the feminine psycho-spiritual journey. Murdock is also the author of Fathers’ Daughters: Breaking the Ties that Bind; Unreliable Truth: On Memoir and Memory; Spinning Inward: Using Guided Imagery with Children; and The Heroine’s Journey Workbook. She edited an anthology of her UCLA students’ memoir writing entitled Monday Morning Memoirs: Women in the Second Half of Life and her books have been translated into a dozen languages including Farsi. She has written a memoir entitled Blinded by Hope: My Journey through My Son’s Bipolar Illness and Addiction that will be published in June. You can find her blog posts about mental illness and the criminal justice system on her website http://www.maureenmurdock.com