Going for the Gold: A Psyche-Centered Education 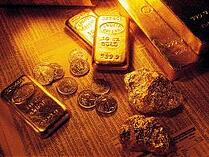 For many people, a graduate degree marks one of their greatest achievements. As the first in my family to gain one, some described my journey from high school dropout to PhD as, “going for the gold.” How did high attainment come to be associated with gold? Why don’t we tell Olympic athletes to: “go for the stainless steel?” It’s shiny too—but gold prevails.

We exchange gold rings when we marry, use gold cards as money (which replace gold coins of ages past), get gold stars for grade school achievements and are admonished to live by the golden rule. Gold captures the imagination like few other elements. European immigrants to America bribed officials for new names like Golden, Goldberg and Goldman. When we want the best, we seek gold standards. Numerous dramas feature gold as the Macguffin (object of desire that drives the plot). Christian iconography depicts heaven as golden as are angel’s halos, saint’s auras and royalty’s crowns. Gold adorns the god realms of Buddhism and Hinduism. It illuminates sacred texts.

Egyptians buried their pharos with heaps of gold. It symbolized their sun god, Ra. Most famously, King Tutankhamen, was found resting on a golden shrine, wearing a spectacular golden mask, sandals, and dagger all inside a two hundred pound gold coffin. Gold cups, rings and statues surrounded him and are found in the royal tombs of many other ancient cultures.

Countless myths chronicle gold’s allure. In the European fairy tale “Rumpelstiltskin,” a miller’s daughter must spin straw into gold. In the Romanian fairy tale, “Tarandafiru,” the gods aid a distressed princess by giving her a spindle to make golden thread and a gold bobbin to wind it. Jason and the Argonauts searched for the Golden Fleece. An ancient Buddhist text tells of a family blessed by a magical swan with golden feathers, which they could sell only when they dropped off. If plucked, however, only ordinary feathers grew back. Such cautionary tales are also central to the myth of King Midas and Aesop’s goose that laid golden eggs.

Paris, the prince of Troy, gave a golden apple to Aphrodite, goddess of love and beauty who radiates golden warmth like the sun. She then allowed Paris to kidnap Menelaus’ wife Helen, precipitating the Trojan War. Hercules and Atlas both battled dragons, guarding a tree with golden apples. The German goddess Idun’s golden apples conferred eternal youth. The Inca thought gold was the sweat of the sun. For the Melanesians it was their gods’ feces.

Gold is like coagulated sunshine, a fundament of life. It is virtually imperishable. In fifth-century BCE Greece, Pindar noted, “Khrysos [gold] is a child of Zeus; neither moth nor rust devoureth it.” Gold resists corrosion. It can spend a thousand years beneath the sea and still shine as new. It is hard to find and it can take a lot of work to winnow it from stone. Many alchemists attempted to transmute base metals into gold.

Some depth psychologists imagine that inner work mirrors alchemy’s quest, as we attempt to convert a leaden self into a golden soul. Michael Meade says, “Everyone has within them some golden qualities that can serve to heal the wounds of time. A psyche-centered education can help create a cache of inner gold to sustain us throughout our lives. It is one thing that no one can ever take from us." For me, studying at Pacifica was a priceless investment. And it also brought a few gold coins my way.

Dr. Aaron Kipnis is a clinical psychologist in Santa Monica, CA. He is a Pacifica Alumnus and Core Faculty member. Aaron is the author of many articles and books including: The Midas Complex: How Money Drives Us Crazy and What We Can Do About It. 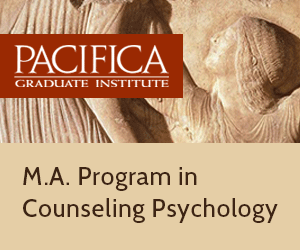