Joseph Campbell often said that he thought that the artists were one group of people who could use his work on Mythology. He had wanted to be a novelist during the 1930's, before he decided that he was a better scholar than fiction writer, and he was married to a noted dancer, so he had an understanding of what artists needed. He felt that the best art, including the work of Picasso and Paul Klee, was grounded in Mythology. 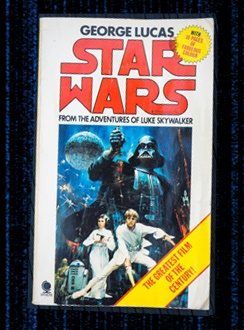 Campbell seldom went to the movies, and may not have realized how important an art form the popular Star Wars film had become by the 1970's. He wasn't particularly impressed when people tried to introduce him to a famous filmmaker named George Lucas after a lecture in San Francisco in 1983, but the two got on well and met on several occasions afterwards. Lucas invited Campbell to see all three of the Star Wars movies then made, and Joe agreed, to see all three in one day in a screening room at Lucas' Skywalker Ranch near San Francisco. Campbell was amazed at how well mythological themes had been incorporated into the films, and described it later, saying: "I tell you, I was really ... thrilled. Here the man understands the metaphor. What I saw was things that had been in my books but rendered in terms of the modern problem, which is man and machine ... That young man opened a vista and knew how to follow it and it was totally fresh." (The Hero's Journey [San Francisco, 1990], p. 181-182)

Lucas had read The Hero with a Thousand Faces while working on the script of the first of the Star Wars movies, and had gone on to read the Masks of God and other writings. When Star Wars debuted in 1977, it followed the Hero very closely. Lucas said at an award ceremony in 1985, "It is possible that if I hadn't run across him I'd still be writing Star Wars today."

The tremendous financial success of Star Wars influenced many Hollywood projects and caused other filmmakers to start looking at Campbell's work. Christopher Vogler was a story analyst working for the Disney Studios when he wrote "A Practical Guide to The Hero with a Thousand Faces" to serve as a guide for scriptwriters (published as part of the book The Writer's Journey: Mythic Structure for Storytellers and Sceenwriters)

When Campbell was practicing to be a writer, he had taken classes with John Gallishaw, the author of books on how to be a successful fiction writer, including Advanced Problems of the Fiction Writer: a Discussion of Basic Plot Patterns. Gallishaw taught patterns and formulas into which stories fell. It is interesting to note that after years of research in Mythology, Campbell's work provided a pattern for the movies today. 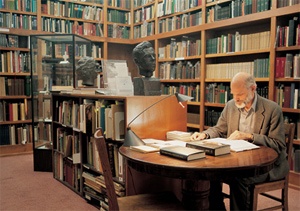