Janet Bubar Rich became fascinated by horses in myth and legend when she was working on her Ph.D. in Mythological Studies at Pacifica Graduate Institute. She recalls how she used to look at horses across the field from the campus during breaks, and being so taken with the magnificent animals. She began noticing the image of the horse in ancient Greek, Nordic, Hindu, and Buddhist mythologies, as well as in Native American legend, and she considered the symbol of the horse in films such as Seabiscuit, or popular plays like War Horse. Enchanted by the way that horses “enable people to go further and move faster” than they can otherwise go, Bubar Rich ultimately published a book entitled Riding on Horses' Wings: Reimagining Today's Horse for Tomorrow's World.

Mythologist Joseph Campbell, one of the supporters of the Pacifica’s vision in its early years, also studied horses in mythology, art, and culture, including a famous painting by Pablo Picasso called “The Guernica,” [1] Bubar Rich relates. Campbell references two significant transformative events in human mobility: The first, the way in which humans shifted from walking to riding horses and using horse-drawn carriages; and the second, the way in which humans riding horses was replaced by the use of horse power. He interpreted the wounded horse in Picasso's painting as the end of the old order of power, in contrast to the electric light bulb as a representative of a new order of power. Campbell suggested that mythic symbols like Picasso's wounded horse have many meanings, and that the use of mythological symbols in art connects viewers with images from their own dreams and waking life as these images are rooted in history and the archetypes of the psyche. 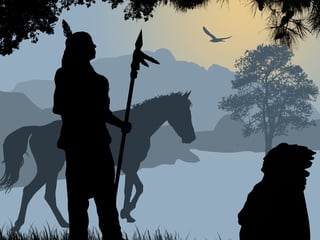 When conquistador Hernando Cortez brought horses to the New World starting in the 1500s, some Native Americans perceived the mounted riders and their horses as single god-like beings[2], Bubar Rich points out. Once Native Americans adopted horses for hunting and riding, the horse started entering their stories. Parents would tell their children, "If you're good, you'll get a horse and the horse of your dreams will take you into the skies," she notes. The horse became a god figure for them, and this is true of many cultures. Horses have been a symbol of ascent across virtually all cultures throughout time.

All these archetypal images are stimulating, energizing, and thought-provoking. In her book, Riding on Horses' Wings, Bubar Rich explores how horses inspire soulful imagination, and investigates how historical and mythological love of horses has, in our technological age, become the love of high horse-powered vehicles.

Our conversation prompts me to recall how some anthropologists have referred to the past five or six decades as "The Great Acceleration"[3] , an era in which key human activities such as telecommunications, energy consumption, technology, and transportation, have sped up exponentially. Bubar Rich refers to her book as a cautionary tale to pay attention to horse power and with it, the need to protect horses and all organic life, including plants, water, and human life. We need to remain cognizant of getting too caught up in “horse power” and focus on “getting back to the horse.” The book puts forth a call for channeling our love of horses into action; of “taking life by the reins” and making the changes needed for the survival of horses and other species on earth, our home.

Bubar Rich has written two other books that focus on mythological themes. Exploring Guinevere's Search for Authenticity in the Arthurian Romance grew out of her doctoral dissertation, and traces Guinevere’s story and its symbolism in the Arthurian legends. For this book, Joseph Campbell’s work also played a meaningful part. Campbell, who himself was greatly influenced by the Arthurian romances, states in The Hero's Journey that the Arthurian romances are right out of the Celtic world, transformations of Celtic heroes into medieval knights, Bubar Rich relates. This means Guinevere, too, would have Celtic origins, bestowing her with “other worldly” powers and sovereignty. In many of the accounts, however, Guinevere is vilified, or portrayed as helpless in ways that “extenuate a Knights process in protecting her.”

The book guides readers to an exploration of Guinevere’s true power stemming from her Celtic roots. In addition to her duties as a wife to King Arthur and her notorious love affair with Sir Lancelot, Bubar Rich’s work allows Guinevere to find herself and speak for herself in her voice, a process which casts light not only on Guinevere’s challenges and limitations, but on her personal strengths and attributes as well. “Conscious valuing of feminine sensibilities that are often marginalized allows us to reimagine our own abilities and responsibilities for nurturing and protecting the earth and each other,” Bubar Rich affirms. Those who dare to pierce through the layers of their given realities to seek deeper truths will experience Guinevere’s story as a tale that “opens our minds and hearts, enabling us to creatively, beautifully, and reasonably reimagine our own lives forward.” 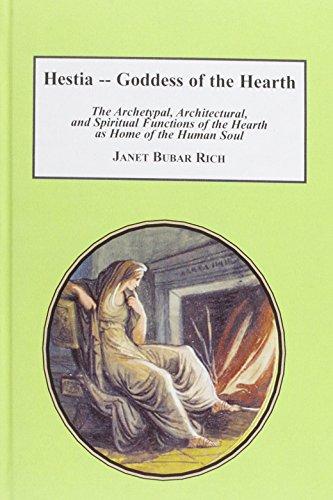 Bubar Rich’s third book, Hestia—Goddess of the Hearth: The Archetypal, Architectural, and Spiritual Functions of the Hearth as Home of the Human Soul, was triggered by an increasing awareness of how addicted she felt she had become to many of the modernities we enjoy, including her cell phone and its many features. She found herself looking back to a time in her childhood when she was far more present in nature, instead of spending so much time texting, emailing, chatting, or surfing the Internet. The book, once again was inspired in great part by Joseph Campbell, whose idea that “sacred space is where you can find yourself again and again”. Bubar Rich applied Campbell’s notion to our current culture of constant mobile transactions and constant connectivity, where it seems increasingly harder to find the time to go to sacred spaces to find ourselves.

When Bubar Rich began researching the Greek goddess, Hestia, who reigns over the hearth, she connected deeply with the idea that she, herself, was on a path homeward, making connections with her inner self, community, and feelings of peace and well-being. The book offers readers a soulful refuge from modern-day distractions and a chance to focus, center ourselves, and reconnect with our inner selves, which can be so easily lost in our fast-paced technological world.

She advocates involvement in arts, crafts, and other disciplines that give us the opportunity to engage in the process of centering, whether through woodworking, weaving, coppering, enameling, printmaking, dancing, or drumming. Singing, dancing, and painting can also help create sacred places that we can retreat to on a regular basis, allowing us to separate from external pressures and get to know ourselves better. “Reaching back into Ancient Greek mythology to revitalize Hestia, the goddess of hearth, can inspire us to center ourselves in our body rhythms and values,” Bubar Rich insists.

Bubar Rich discovered Pacifica while on jury duty in Ventura, CA, when she met a Pacifica employee who told her about some of the exciting things Pacifica offers. Like me, she believes there is a kind of destiny at work that draws many of us who attended Pacifica there. “It was like it was meant to be. I felt so comfortable there. I loved it from day one,” Bubar Rich offers. “I loved the gardens. I loved the professors who were so well informed and so insightful. My classmates were so wonderful. We had a rich mixture of perspectives and views in every discussion.” She goes on to relate how the individuals in her cohort spanned many walks of life, including Democrats, Republicans, Independents, Buddhists, Christians, and Jews, from professions including counselors, writers, storytellers, business people, artists, and film makers. They bonded into a tight group, creating a “safe space to be who we were and who we're becoming,” she maintains, emphasizing what a wonderful place it was to support their individual growth.

While investigating methodologies and cultural traditions from across the globe and throughout the ages through the Mythological Studies program, one thing surprised her, Bubar Rich maintains: She learned about herself! She gained an understanding of her own personal myth and what’s important to her, enabling commitment and strength to take her own life by the reins and to take action.

While working on her dissertation, a close friend of hers came down with Crohn’s disease, an incurable condition and Bubar Rich saw the opportunity to apply her studies in Mythology to the situation. In myths, figures often travel through darkness, overcoming monsters before they reach the light, she points out. She began exploring what she could do to be of help, and now serves on the Board of Directors of the Crohn’s and Colitis Foundation Greater L.A. Chapter, dedicated to raising awareness or funds for cures, creating events, and speaking in service of a future when medical and treatments are available and affordable for all, and the world is IBD (Inflammatory Bowel Disease) free.

Bubar Rich believes if she can write her own myth and rewrite existing myths—even that of an incurable disease in order to make it a curable disease that has available and affordable options for anybody who comes down with it—she can make change in the world. “It takes a lot of work,” she notes. “It takes a team…. I'm just trying to be part of that process that moves forward.”

To that end, Bubar Rich is chairing an event to benefit Crohn’s, “Let’s Party for a Cure,” happening September 10, 2017, in Thousand Oaks, CA. The event will feature wine tastings from local wineries, fudge and olive oil and balsamic vinegar tastings, a 3-course dinner, music, Deluxe Auction, and more. Tickets are available at the Crohns & Colitis Foundation website, greater Los Angeles Chapter. If you’re in the area and want to take the reins yourself to support the cause, check it out!

[1] Learn more about Picasso’s “The Guernica” at wikipedia.com

[3] Get more details about The Great Acceleration at igbp.net 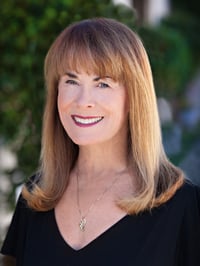 Janet Bubar Rich, is a graduate of UC Berkeley with a B.A. in English and UMass, Amherst, with a Master’s in Education. At the latter, she focused on Jungian psychology, yoga, rock climbing, among other things, and conducted research on aesthetics and looking at ways to teach subject matter through the arts. Her particular art form being writing and bookmaking. She has had careers in publishing; Technical Writing for Engineering companies, and as a Marketing Communications Manager. Now, having earned her PhD in the Mythology program at Pacifica, Janet is a writer, editor, and lecturer based in Southern California. She is the author of three books, Exploring Guinevere’s Search for Authenticity (Mellen, 2012), Hestia—Goddess of the Hearth (Mellen, 2014), and Riding on Horses’ Wings: Reimagining Today’s Horse for Tomorrow’s World (Lang, 2016). Janet has presented papers at conferences, both in the U.S and internationally. Janet also serves on the Board of Directors, Crohn’s and Colitis Foundation’s Greater L.A. Chapter.