A guest post by Dr. Susan Rowland. The following is excerpted from The Ecocritical Psyche: Literature, Evolutionary Complexity and Jung

"A psychologist, C. G. Jung was acutely aware of the difficulty of writing about nature. To him, the unconscious is how non-human nature inhabits human beings. Unfortunately, the non-human and the unknown psyche are territories resistant to everyday language.

Here is an example of Jung's use of nature as a simile, a kind of metaphor using `like' or `as':

Jung is looking at the nature of the psyche and how it can be captured in writing. After all, to write about the psyche is to fall into a trap. Only the psyche itself, meaning all the properties of the human mind, conscious and unconscious, can reflect upon the psyche. There is no standpoint outside the psyche from which to view it with scientific detachment. If there is a nature of the psyche, it is one in which we are always enmeshed.

The metaphor of the slain creature of the wild says more than that psychologists stalk the psyche from within. Like all metaphors it is a comparison that problematizes as well as likens. Here the various parts of the metaphor are the `idea of a thing', `inalienable piece of property', and `slain creature of the wild'. The metaphor spans the meaning making about psyche (idea), culture (property) and nature (creature). To seize upon a definitive idea about the psyche is to grasp it proprietarily. Such a greedy manoeuvre is equivalent to killing a wild animal that has no means of escape.

What is striking about this metaphor is the link it makes between control of meaning and despoliation of the natural world. In this, it represents a profound insight that is more than ecological; it is ecocritical, in the sense of the body of criticism and theory that addresses how literature carves up the world into `natural' and `cultural' categories. Ecocriticism will be introduced later in this chapter. Here it is worth noting Jung's sensitivity to writing as a process by which apparently abstract ideas about truth are bound up with cultural claims about power. To raid the psyche in the form of claiming an idea as secure and fully known, to claim ownership of a psychic idea, does two things. It slaughters then proclaims that the dead creature represents some psychic truth. To imagine that one knows something absolutely about psychic nature is to stake one's claim to a dead land. 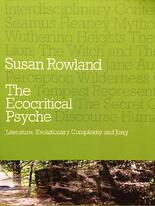 Not only is this fragment of Jung packed with ecocritical possibilities; it also exposes key issues within his own theory and even within the field of nature and writing itself. For Jung, it expresses his most fundamental attitude to knowledge (Jung 1947/1954/1960, CW8: para. 358). He believed that the unconscious part of the psyche was intrinsically creative, and at least in part could never be known by the rational faculty of the mind. In this way the psyche could be compared to a wilderness with its own indigenous wild creatures. Claiming absolute knowledge of this fertile place violates its essential independence from the conscious ego. Therefore, to assume that an aspect of the ego can completely apprehend the wild unconscious converts a wilderness into something more like a museum of stuffed animals.

Over and over again it will be this element of Jung that will prove invaluable to The Ecocritical Psyche. It is the notion of the creative mystery harboured in the human psyche that gives us a route to re-thinking our relations with nature and literature. Jung will offer a framework for creating meaning that can respect the vital, vitalizing otherness of nature. This last sentence takes us to issues of language that are crucial to ecocriticism as discussed below: When is a metaphor not a metaphor? Is the slain creature of the wild an image representing psychic life? Or, if it is not always a metaphor, can it suggest that we have a psychic link to wild animals? Could it suggest that the culture of capitalism and property is not so much like killing creatures but does, in fact, kill them?"

To continue reading download the full introduction in PDF form.

Susan Rowland, Ph.D., is Chair of Pacifica’s M.A. Program in Engaged Humanities and the Creative Life, where she teaches on C.G. Jung and the Symbolic Life, Ecopsychology and Art and Engaged Shakespeare. She also teaches courses on Jung’s Red Book, the Mythopoetic Imagination and on Scholarly Writing. She is the author of Jung as a Writer, C.G. Jung in the Humanities, and The Ecocritical Psyche: Literature, Complexity Evolution and Jung. She was founding chair of the International Association of Jungian Studies from 2003 to 2006. 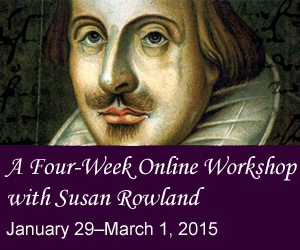