The Practical Uses of Myth: Applied Mythology in the 21st Century and Beyond

I love this topic so much I could write a book on it. In fact, I have, called Myths Among Us: When Timeless Tales Return to Life (World Soul Books, 2017). The book spends 658 pages on the question of what good is mythology, with real-life applications and many stories.

Myths (Christine Downing told our class at Pacifica) do not stay in the myth books. They seek us, find us, play with us.

This makes sense when you realize that it is through myth that collective psychology expresses itself in story, somewhat like how individual psychology expresses itself in fantasy and dream. Myth is not just the story in the book, or inside of us, but the story we are inside of, as Downing, Joseph Campbell, Thomas Mann, and many others have observed. If the life of a culture is like a complex body, myths make up its bones and sinews.

You have only to find yourself in a mythic replay to feel the truth of this. A patient who was afraid of an eruption of bizarre dream imagery came to Swiss psychiatrist and psychoanalyst C.G. Jung for help. Pulling down a volume from his library, Jung opened the book to a scene that matched the dream. You see, Jung told him: the ancient alchemists knew all about these images. We share symbolism, even across time and place.

Unconscious sharing can cause nightmares in the dayworld. During World War II, millions in Germany participated in a grim reenactment of the Norse myth of Ragnarok, the Doom of the Gods. In that tale, giant wolves eat the sun, the moon, and even wise Odin the Allfather, as hordes of soldiers pour forth from Hel and the realms of fire. Hitler’s first name, Adolf, means “wolf,” and his obsession with that animal is well-known (Wolf Packs of submarines, his Wolf’s Lair headquarters, etc.) This is what can result when people who see themselves as rational, logical, and beyond mere myth are seized by it.

A more uplifting example appears in that moment of inspiration in which everything makes sense and you feel fully alive and aware. Great works of the spirit pour forth from this mythic space to bless the human drama, sometimes for ages. The writer, inventor, storyteller of today can step straight into that ancient lineage. “A mere nothing suffices,” wrote Hermann Hesse, “and the lightning strikes.”

You’ve seen them in action without being able to name them: the Hero or Heroine, the Guide, the Rescuer, the Rebel, the Queen and King, the Spy… The workplace is a mythological stage on which characters from ancient tales return to life, brought back by the pressures of circumstance.

So what? So this: Know the characters and you can understand the people animated by them.

Let’s say you work with, or under, a manager who tends to micro-manage. His eye is on an upcoming Golden Age for his department, but he tends toward paranoia and low moods. To him, everything must be rigidly structured, measured, and accounted for. If you know the story of Saturn’s reign, you might find some insight about the story behind this management style: its roots, its ruling passions, its consequences. That is information found in no psychology text or personnel profile. 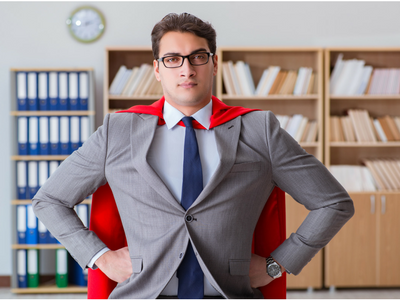 Do you have a Hero at work who is prone to reckless risk-taking, pursues goals without collaboration, and has charismatic courage? With a mythological education, you will also know that the Hero / Heroine package includes abundant energy, large appetites, extremes of loyalty, being a loner, alternation between idealism and cynicism, and a need for tempering by an elder leader. The less our knowledge of an operative mythic role, the more it tends to seize us from behind.

Aphrodite at work won’t cooperate unless you respect her sense of esthetics; Zeus, his far-sightedness and penchant for mastery; Lakshmi, her sense of domestic order; Isis, her drive to nurture redemptive possibilities. It is not that people are reducible to mythic characters, but that the characters shine through unsuspecting people. Additionally, these characters are accompanied by mythic events (rites of passage, compulsions as rituals) and fabulous beasts of various sorts: Human Resources Valkyries flying in and away during layoffs, dwarves poring over budget entries, wizards in IT tinkering users into the networked world. Know the myths and you know where they can lead. 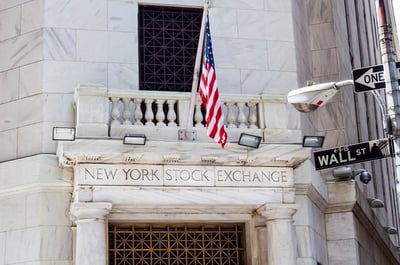 Witching Hour. Invisible Hand. Dogs of the Dow. Angels and dragons and unicorns. These are not only financial terms, but mythic ones as well. Bulls and bears and balloons and bellwethers; phantom gains and vulture funds; castles hung in the blue sky. Money itself is both mood (depressed, inflated, cracked up, misery indexed, Moody’s) and myth, with the substantiality of skins and barley having changed into counters, then bills, then digits, and now faith: witness the plunge when we disbelieve in our investments.

The pull of money is mythic too, as King Midas found out when Dionysus cursed him for his greed. The speed of Mercury pumps up the frenzies of the online market to speeds even computers have trouble keeping up with. Mercury is a chaotic god of messages, flights of analysis, exchanges, surprises, and thieves. Knowing the myths creates the possibility of slowing down into natural rhythms while regaining the human touch.

In ancient Hindu mythology, Devdutt Pattanaik sees the interplay of gods that change sex and gender, age and niche, culture and color at will. Everyone loves everyone.

Furthermore, no divine force lives alone; each is immersed in an ecosystem of attributes, family, consorts, layers of being, legacies and loyalties, arrays of magical entities. Everything holds together.

This queering together of difference shows up in most mythologies around the world. Much like the natural world, myth lives on endless variety unfolding in untold combinations that push beyond rigid societal roles. In Norse myth, the trickster Loki, a male, becomes a mare, who when impregnated by a giant’s stallion, gives birth to Odin’s eight-legged horse Sleipnir. Dionysus is sometimes male, sometimes not; sometimes nobody knows. Rejecting traditional marriage, Sedna meets the goddess of her dreams in the depths of the sea. In Gnostic myth, the ultimate God exists entirely beyond gender and sex, but can manifest as both, as when Wisdom becomes the feminine Messengers of Light who mentor Adam and Noah and all Humans Who Know, and thereby gather in the light of the cosmos.

In myth not frozen into ideology (which turns tales into zombies hungry for blood) we find thousands of storied templates not only for tolerating each other’s differences, but for delighting in them as well.

Often a bit of story hides in a word’s etymology. The word “persuade” goes back to a Proto-Indo European root that indicates something sweet. Not moralizing, cajoling, or b.s.ing, but convincing by pleasing.

No amount of fact or argument will convince the person whose story about a situation differs from yours. Furthermore, debate and lecturing invite distrust. What if you told a story instead, co-weaving a sharing of tales?

When the Aesir gods go to Asgard, they take rapid transit over the rainbow bridge…all but Thor, the god who learns, who transforms through humility. To climb the heights, Thor wades the low rivers first. Instead of trying to convince an audience of the value of slowing down and going deep, tell them about Thor and his patiently peripatetic antidote to manic distraction and spiritual bypassing. Or about how Chameleon outwitted Ananse the spider by digging a hole. Or how Sky Woman dove through a portal below a glittering tree and came into a new world of mysterious self-creation.

When you lecture, you trigger mostly cognitive circuits in the listener. When you tell stories, you bring in all the emotional and imaginative neurology as well. You also invite the listener to participate in the world woven by your words. You pull rather than push, invite instead of haranguing. You allow others to come to the wisdom of the tale on their own, and this elicits trust and collaboration.

There is a dimension of mythology that transcends practicality. Arising between human storytellers and the natural world, with imagination in between as creative mediatrix, myth moves like a natural force. Does it make sense to ask what use is a rock? The sky? A yellow poppy blooming next to a freeway onramp? They just are, and so it is with myth. To realize this, is to appreciate the ever-renewing tales in all their magnificent richness.

To study myth is to absorb a network of wisdom stories, new frameworks of meaning, sympathetic impulses, and imaginal liberties that enchant the world you actually live in, making you wiser, more creative, and more humane. 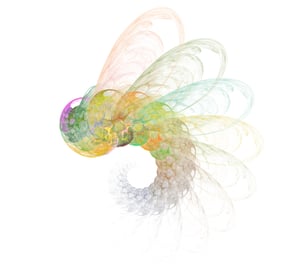 A practicality beyond the merely practical.

To learn more about the uses of mythology, join us for a 6-week online Certificate in Applied Mythology which brings together master teachers with participants eager to enter the magical world of mythology, where deep sources of wisdom can illuminate contemporary turns of life and fate.  Click below to register.

Craig is Associate Provost at Pacifica Graduate Institute. He earned his Ph.D. in Depth Psychology at Pacifica Graduate Institute and also holds a Master Gardener certificate and another in permaculture design. He is the author of Terrapsychology: Reengaging the Soul of Place (Spring Journal Books, 2007) and co-editor with Linda Buzzell, MFT, of Ecotherapy: Healing with Nature in Mind (Sierra Club Books, 2009). Craig was core faculty in East-West Psychology at the California Institute of Integral Studies and former core faculty at John F. Kennedy University, where he served as acting department chair (Consciousness & Transformative Studies), designing and launching the world’s first ecotherapy certificate.