Before the Storytelling: An Interview with Craig Chalquist, PhD by Devon Deimler, PhDc 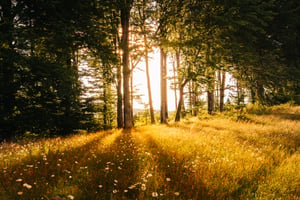 Dr. Chalquist will be presenting “Storytelling Nature Myths: A Project of Reenchantment” to the Joseph Campbell Foundation Mythological RoundTable® Group of OPUS on Sunday, August 12th from 5:30-7:30pm at Pacifica’s Ladera Lane campus. This event is free and open to the public. For more info, visit opusarchives.org/events.

Devon Deimler, PhDc: You will be presenting at OPUS’ Mythological RoundTable on August 12th. The title of your presentation is “Storytelling Nature Myths: A Project of Reenchantment.” Can you give us a preview of what you’ll be sharing?

Craig Chalquist, PhD: For some time now, as I’ve practiced and taught ways to reconnect with nature right on our daily round, I’ve used a blend of story- and myth-telling, outside practices, terrapsychology, and ecopsychology. I call this blend Earthdreaming, and it also involves not only looking into when places, elements, and animals visit our dreams, but “dreaming” in the Jungian sense of dreaming our myths onward, updating and deepening our stories about who, where, and why we are as one curious species among many others. I’ll weave through my presentation with myths that illuminate our connections with the natural world.

DD: You have been leading the Enchantivism: Changing the World with Story, Myth, and Inspiration certificate program at Pacifica. Many people feel compelled toward activism but are in various ways disenchanted with traditional activist methods. How does one become enchanted in a new way?

CC: I think everyone harbors an enchantment somewhere. Even the diehard positivist for whom only what is measurable is real has some kind of fantasy life, if only a secret one. Isaac Asimov, atheist, scientist, and humanist, refused to fly, for example, because his fantasy was that the plane would crash. All his powers of reason were helpless against this fantasy.

So we can start by asking ourselves what stirs us, what is edgy for us, what enthralls and excites us, including what scares the heck out of us. The same with whatever fantasies lurk behind activism. How do we want the world to be different? What would a different world look like? Start that conversation and it quickly goes in the direction of a reenchantment of the stories we tell ourselves about who we are, why we are here, and who we can be to each other.

DD: Myth’s power is in its paradox – it’s a truth and a fiction at once. We can’t draw lines around what is and is not a myth, if some narrative or image is powerfully driving a culture or individual. But of course, there are times when a driving myth is very destructive. Destruction and construction are hours that come and go within a larger rotation. In your view, what is the psychological value of disenchantment? 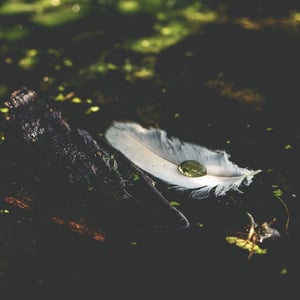 CC: Truth and fiction, yes. I would also say myth lives in the space between fact and fancy. When disenchantment arises, it can mean that a myth in which we find ourselves, often without knowing it, has become sour, perhaps by being taken too literally or by turning into an ideology. Or both. I don’t think a genuine myth is in itself positive or negative, but if it possesses us, we’re cooked.

Disenchantment can show us (to paraphrase Jung) where we need to dream some myth onward. But if we stay disenchanted too long, it becomes a defense against leaving the inner Underworld, a fate Virgil warned us about.

DD: You’ve described enchantivism as being, in part, about discovering what we are for rather than (or in addition to) what we are against. My dissertation is about Dionysian aesthetics and the archetypal as aesthetic. A primary way we discover what we are and are not seems to me to be aesthetic – meaning what attracts, repels, or most impresses upon us to one affect or another. James Hillman wrote about reawakening the “aesthetic heart” when it’s no longer responding to or in love with the world. Does this play into your approach to enchantivism and finding what we are for?

CC: Very much so. One of my favorite Hillman articles argues that, in effect, it was not protests or politics that brought down the Berlin Wall, it was Aphrodite in the form of yearnings from the other side for beauty, meaning, fashion, food, community. Something besides what is gray and standardized. When we know what we are for, when we allow ourselves to fantasize how things could be beyond what is, we do this from the responsive heart aware of what it yearns for.

DD: Can you share a favorite example of how enchantivism has worked, an occasion in which changing the story did change the system?

CC: Two examples. A poet named Jacqueline Suskin wrote a poem for a man whose wife had died. He turned out to be a high-ranking official at a company about to log down a stand of redwoods. Suddenly, an environmental activist and a logging company official were conversing informally. This saved the stand of trees, and he became interested in conservation. Also, when Neo-Nazis and other white supremacists parade through towns in North Carolina, they are sometimes met by clowns who parody them; “white power!” shouts are met with handfuls of white flour thrown into the air. This disperses the marchers.

DD: A lot of your work has been focused on eco- and terrapsychology. How do you define these terms and how can we practice psychology in a way that is authentically therapeutic for the earth? And how does enchantivism and/or mythology help to do so?

CC: Ecopsychology studies how the psychological well-being of humans depends on the health of the environments we occupy. Terrapsychology, an evolution of ecopsychology blended with depth psychology and some other disciplines, uses deep, systematic, trans-empirical approaches to encountering the presence, soul, or "voice" of places and things: what the ancients knew as their resident genius loci or indwelling spirit. The study of how our dealings with the world tend to resonate back into our "inner" life. We feel more intimately the connection between our inner life and the places we occupy when we see parallels between them and us, as when the estuary of San Francisco shows up not just as an ecological edge place, but a psychospiritual one as well. We are profoundly located and always in the conversation with where we are; and that conversation often has mythic overtones. San Francisco as an altar to Dionysus, for instance.

DD: OPUS is a “living archive,” meaning it not only houses collections, but is also a research center where people are invited to engage the collections toward new formulations and re-imaginings of their rich content. Being located at Pacifica, OPUS and the Institute ground and nourish each other. I am wondering if you can speak to this value from personal experiences with the Archives and/or with the work of an author who is represented by the Archives?

Some years back I got a grant to use the archives to study interviews by Joseph Campbell on the topic of Earthrise as a modern mythologem. The product of this was my paper “Earthrise: Decoding the Speech of Earth,” which is posted online. While researching this I also discovered the journals of Jungian analyst Jane Hollister Wheelwright, who I now know was the first real ecopsychologist. It’s a pity her journal has not been published, even in excerpts.

DD: You are the founder of the wonderfully envisioned Immanence: The Journal of Applied Mythology, Legend, and Folktale. The theme of Immanence’s next issue is Voices of the Feminine, followed by Gaia’s Dilemma, two powerfully current subjects. What myths or images come to mind when you think of these topics and how might they be sources of new inspiration?

CC: In Gnostic myth, Norea was a young woman set upon by archons: demonic powers who tried to rape her. When she called out to God for help, the angel Eleleth (“Discernment”) appeared instead, whereupon Norea asked, “Who are you?” How many of us would have the spunk to question an angel like that? Later, when Noah built the Ark but excluded women from it, Norea showed her displeasure by burning it down with her fiery breath. Noah learned his lesson and welcomed everyone, two by two. These tales show what happen when feminine voices take the stage and insist on change. 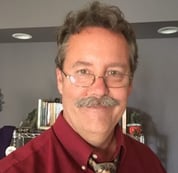 Craig Chalquist, PhD is Associate Provost of Pacifica Graduate Institute, Founding Editor of Immanence: The Journal of Applied Mythology, Folktale, and Legend, and author of numerous publications, including the recent book Myths Among Us: When Timeless Tales Return to Life. Learn more at chalquist.com.

Devon Deimler, PhDc, is Curatorial Assistant at OPUS Archives and Research Center, as well as Leader of the Joseph Campbell Foundation Mythological RoundTable® Group of OPUS. Devon is currently a PhD Candidate in Mythological Studies with an Emphasis in Depth Psychology at Pacifica Graduate Institute where she is completing a dissertation entitled Ultraviolet Concrete: Dionysos and the Ecstatic Play of Aesthetic Experience. Before studying at Pacifica, Devon received her BA in Interdisciplinary Sculpture from the Maryland Institute College of Art in Baltimore, focusing on event-based work and modern through contemporary art and film history. Her experience in art and music includes founding an independent record label and collaborative event project, Wildfire Wildfire Productions, and working at the Dennis Hopper Art Trust in Los Angeles.