The Lived Reality of Synchronicity

A blog post by Angela Borda based on an interview with Joseph Cambray, CEO-President & Provost of Pacifica 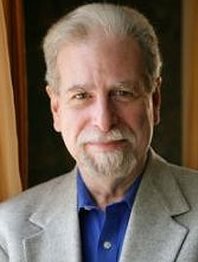 You’ve written a book and lecture on synchronicity and depth psychology. How do the two things relate and how did this develop as a focus of your research?

The initial work I did in this area came out of my experience as a clinician. Often with clients who had significant trauma histories, when we entered deeply into their backgrounds and the unconscious was activated, we would see synchronistic phenomena, meaningful coincidences. As I explored the phenomena, I realized that as Jung indicated, these types of events were occurring in various settings.  At that time, the study of complex adaptive systems had become a hot field, and I saw the way that approach could be directly applied to the phenomena I was investigating.

Our country’s current sociopolitical environment can seem violent at times. How do you look at that through the lens of synchronicity and group intelligence? What do you think is happening?

I think as a society we’re very divided, polarized, and we’re responsible. Our politicians are mirrors that reflect back elements in our society, which has become increasingly polarized, and give way to some of our most unpleasant traits, which rise to the surface. We’ve lost our moral compass.

People sometimes idealize synchronicity, but my own experience is that it is value neutral and requires ethical confrontation. We have to ask, “Why is this happening now?” and not just accept things as they are. There are such things as negative coincidences that can serve as warnings. The outbreak of violence is something troubling, mirroring a violence within our psyches that we’re trying to avoid. Previously we might have said, “If I get to know myself, my own violent impulses, then I’ll be able to contribute to solving this larger problem.” But now we must go further and ask, “How am I involved in a network that helps this go on? What is this hatred telling me? What are the fears?” The feeling of being overwhelmed seems to be one of the core components that mobilizes people, the fearful imagining in our collective that we’re going to be devoured or overwhelmed. We can’t ignore that fear. But just thinking about it doesn’t cause a change in behavior.

We’re challenged to seek deeper responses to the sense of being overlooked or injured, everyone feeling marginalized. Pacifica has to try to hold and engage with that sense of being marginalized because we’ve always been on the margins, just outside of conscious awareness—that is the nature of depth psychology. These are margins we need to open ourselves up to. What is trying to be expressed here in our society and do we want to go with that or not? Take climate change: The wish to deny it is the wish to be able to return to a world that is safer, less complex, where we don’t have to locate ourselves in nature. It’s a challenge for us to change our paradigms. What we’ve done up to this point, our models of mind and universe that we’ve held, aren’t going to get us out of this problem. The way forward is a new cosmology. I only have bits and pieces, and certainly am not suggesting you should become a cosmologist, but to note that we all must investigate our fundamental beliefs about reality and structure of the world, what we value or do not value. This needs a much deeper look. There’s a lot of evidence to show that the paradigms of the 18th and 19th centuries have come to an endpoint. All of the evidence points toward a change.  We’ve lost sight of the properties of things taken in a holistic way. Our paradigms have not created any room for that. So we silo ourselves and protect the status quo because we won’t allow a larger, transcendent perspective based on evidence, as well as on intuition. 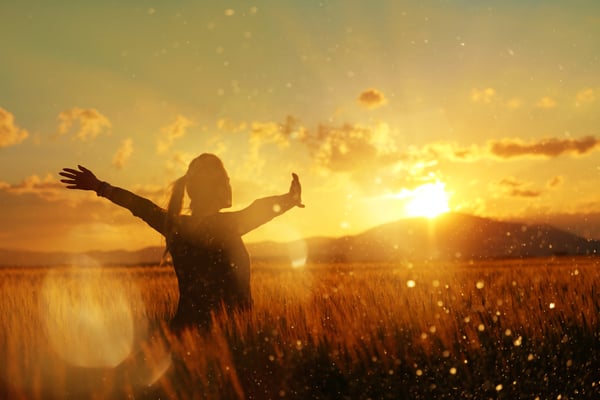 How do you see students grow or change as they complete their programs here?

I value Pacifica because its mission and purpose is to provide education that is both rigorous and develops critical thinking, the capacity to analyze and explore, while also having transformative possibility. It’s about living knowledge and how that transforms us in the process of learning. It’s not just about downloading material into our brains, the internalization is not solely through listening and reading, it’s also a process of self-examination, the way it impacts one’s own psychology, locating us in our environments to stay open to and interested in the changes it produces.  Learning to value this yields a process education as well as a content education. We all need to increase knowledge, develop expertise, but rather than stop there, we need to have a process of assimilation, to know it as a lived reality. Faced with the challenges of what you thought of yourself and the people around you, your society, that all undergoes a change when it becomes part of the educational experience that leads into the future.

Joseph is CEO-President, and Provost at Pacifica. He is also past President of the International Association for Analytical Psychology; he has served as the U.S. Editor for the Journal of Analytical Psychology and is on the Editorial Boards of the Journal of Analytical Psychology, The Jung Journal: Culture and Psyche, and Israel Annual of Psychoanalytic Theory, Research and Practice. He has been a faculty member at Harvard Medical School in the Department of Psychiatry at Massachusetts General Hospital, Center for Psychoanalytic Studies; adjunct faculty at Pacifica Graduate Institute. Dr. Cambray is a Jungian analyst in Boston and Providence, RI. His numerous publications include the book based on his Fay Lectures: Synchronicity: Nature and Psyche in an Interconnected Universe and a volume edited with Linda Carter, Analytical Psychology: Contemporary Perspectives in Jungian Psychology. Some of his recent papers include: “Cosmos and Culture in the Play of Synchronicity,” Spring Journal, Jungian Odyssey Series, 4, 133-147, 2012; “Jung, science, and his legacy,” in International Journal of Jungian Studies, 3:2, 110-124, 2011; and “Moments of complexity and enigmatic action: a Jungian view of the therapeutic field,” in Journal of Analytical Psychology, 56 (2) 296-309, 2011. Courses taught in the Jungian and Archetypal Psychology Specialization: Synchronicity and the New Science; Introduction to Depth Psychology