Marshall can’t stand “woo-woo.” Start talking about the deep psyche and watch the look on his face. Little tolerance for “woo-woo.” But who among us has a more vital imagination of this land, the plants that grow from it, the creatures that move upon it? Who could have cared more, all these years, for the soul of this place, creating “rooms,” as Marshall calls them, sites that invite poetic dwelling. Ceremonial sites, contemplative sites, memorial sites, inspirational sites, awesome sites. And the garden, the incredible garden that has preserved ancient seeds and brought an astounding variety of organic delights to the tables of the prosperous and the homeless alike. He has indeed fed our bodies and our souls.

James Hillman called the Pacifica grounds “magical.” Marshall’s is the genius behind the magic; a master of both horticulture and agriculture, designer of unique gardens and cultivator of exotic crops. You may not know this but Marshall is not, has never been, a Pacifica employee. He has always been on contract, month to month. Three hundred and thirty-six months, counting this his final month, if my calculations are correct. This means, of course, that he was always free to walk away, and he certainly had many other accounts that he could have been busy with. Yet he never did. He has taken-up this place, the care of this location, as a vocation and he has shared this vocation with us, calling us to walk the paths, smell and touch the flora, observe the fauna, and of course, taste the garden’s plentiful fruits and vegetables.

Although he knows a heck of a lot of history and more than a fair share of literature, and has a deep sense of the personal healing power of the earth—which he has shared with many a wayward soul—Marshall is a man of science: botany, zoology, geology and the like. Any yet, there are too many things that defy such a characterization. Let me share one of these.

A few years back at the close of one of our day in the garden public programs, we ended up at the Chumash themed labyrinth at the far end of the property near the site of the original Lambert family homestead. Marshall raised his arm to the sky and, as if by magic or at least a gesture that defied scientific explanation, a hawk appeared with a snake dangling from its talons. Although he’s never copped to it, it seemed to me awfully like an omen conjured by a shaman.

Shaman or not, he has been friend since I arrived here and came across him in the dining room, sorting seeds that had been passed down from one human hand to another for ten thousand years. He has been generous in sharing both his impressive knowledge and genuine fellowship. Indeed, he has been a good friend to my whole family and while Teda, Clay and I will miss him, we are happy for the happiness he has found with Micheline and their families.

Last, but not least, I want to thank him for these glasses. While they may seem like ordinary safety sun glasses, they are an exact replica of the ones Marshall wore when he conjured up that hawk. I wear them in his honor.

Dr. Michael P. Sipiora is the Director of Research for the Ph.D. in Clinical Psychology Program. He joined the Pacifica faculty after spending over twenty years as a tenured professor at Duquesne University in Pittsburgh where he was an award winning teacher in both their APA approved clinical program in Human Science Psychology, and School for Leadership and Professional Advancement. Before that, he taught psychology, philosophy, and literature at community colleges in Dallas.

The author of numerous peer reviewed articles, book chapters, and an edited book, areas of Dr. Sipiora’s teaching and publication include existential-phenomenological psychology and philosophy, archetypal psychology, hermeneutics, classical rhetoric, and narrative theory. He earned a Bachelors and Masters in Philosophy at San Jose State University where his studies focused on phenomenology with an emphasis on the work of Martin Heidegger. His Masters and Doctorial studies in psychology with a concentration in literature were carried out at the University of Dallas.

Dr. Sipiora is a licensed clinical psychologist in both Pennsylvania and California, and he has a wide range of clinical experience in both private and community mental health settings. Currently he has a therapy practice in Santa Barbara. While in Pittsburgh, he was co-founder of an organizational development and individual coaching company that worked with small business, non-profits, and educational institutions. 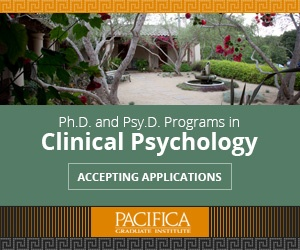