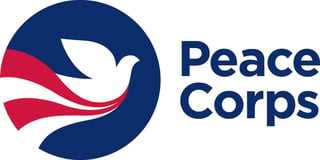 Even so, she didn’t throw caution to the wind until she was in her early 30s when, around the time that President Obama was elected, she sensed a significant positive cultural shift toward, “Yes we can make a difference.” From that, she was inspired to leave her job and join the Peace Corps.

She specifically requested to serve in Eastern Europe because she wanted to continue pursuing a career as a Behavior Analyst working with individuals affected by autism, and there weren’t many countries that were actively addressing autism or developmental disabilities because so many undeveloped nations are still so focused on ensuring basic infrastructure needs like health and water sanitation.

After what seemed like an eternal application process, with a long period of checking her mailbox for her assignment, she was thrilled to be sent to Romania, a serendipitous placement because she quickly discovered Romania was not only very volunteer-focused, but it would also allow her to continue her work with individuals affected by autism.

Once in the country, in one of her strongest initial impressions, O’Halloran recalls being put on a bus in the middle of the night to go to her first site where she would do an initial 11 weeks of training. Looking out the window, she could see large numbers of wild dogs running in packs. Though she later learned it’s was a common phenomenon, but it was highly impactful at the time, and even then, seemed very symbolic. It was also very relevant to the history of Romania: Under the Communist regime, the growth of the wild dog population had exploded because everyone was forced to leave their homes in the villages and go live in block apartments and work in cities. Their dogs had to stay behind, leaving the abandoned animals to wander the streets during the day.

Regarding the work in Romania, much of the service is project-driven, O’Halloran relates, and volunteers help develop new projects that may not already exist. But her favorite experience was a project she had nothing to do with creating, and was, instead, a lesson in how Romanians put together a project.

In February one year, one of the patrons took a group of six children with autism on a retreat in the Carpathian Mountains for several days. O’Halloran managed to get herself invited along. Other groups joined them, and each volunteer was paired with one of the kids. It was February, and they hiked in the snow, rode sleds, built snowmen, played, and danced to the music on television in the evenings. It was an amazing free-form experience, she says, something that doesn't really happen in the U.S. where an activity like that would take a year of planning, permission slips, and expenses—with checkboxes, liabilities considered, etc. There, they just decided to do it and did it, and it was a fabulous success. And the kids all learned a lot.

Her biggest takeaway was that America, by and large, has lost a sense of community, one of the best gifts that Romania has managed to hold onto. She describes how it’s a way of life in Romania for people to go out in the evenings and walk to the park to socialize, and also how Romanians often knock on each others’ doors just to say "Hi." At first, it was difficult for her to have sudden unannounced social visits, but she quickly began to appreciate it for the rich experience it provided compared to her experience in the U.S.

O’Halloran often found that parents of kids with autism leaned toward, "We'll take them to therapy. They'll fix them, and then we'll go home.” However, while out in the field in Romania, O'Halloran noticed that parents tended to come from a perspective that everyone has to play a role in reducing the behaviors that are problematic or in helping with acquisition of new, useful skills. With that, O’Halloran provided parent guidance to further this idea of natural environment training into the home as a carry-over from the good therapy that was already happening at the center where she worked. Acquisition—that is, learning new tools for improving communication, social skills, and adaptive behavior—is much more prevalent when it's generalized to home, community, and school, as well as therapy, she admits.

In addition to offering workshops and individual training, the volunteers at the center acquired therapy kits that parents could take home to encourage play. The kits included toys that each had a function that helped with skill acquisition, including a toy phone to work on that back-and-forth conversation, and a board where kids could put magnetic facial parts on- to make a face, aiding them in identifying and labeling body parts, and also learning about emotions.

All-in-all, it was a great opportunity to combine the previous part of O’Halloran’s life and all the work she had done up to that point with something brand new and different and being able to do it in a different culture.

Fast forward a few years: How did she get to Pacifica? I wondered. Initially O’Halloran looked at graduate programs with the intent to further her level of certification in behavioral analysis. However, generally speaking, graduate programs and grants associated with the Peace Corps are often more focused on international development than on programs in special education or psychology. Then one day, she saw an ad for Pacifica on Facebook. As soon as she looked into the program, she had a powerful confirmation that the program was exactly what she was looking for. It was “one of those a-ha moments that just opened up my world,” she affirms.

Now mid-way through her first year in the Community Psychology, Liberation Psychology, and Ecopsychology Specialization of the M.A./Ph.D. Depth Psychology Program at Pacifica, she describes the courses she has taken so far as “mind-blowingly exciting.” In a course on Indigenous Psychology, she learned cosmologies that include a non-linear approach to life, the idea that everything is interconnected, based on a circle instead of a line, which is very different than the linear approach we see in modern, western culture. She credits the course to a significant shift in how she now thinks.

She also had a Council class—a practice of listening and speaking from the heart—which has proved to be invaluable.[1] The practice of Council is based on traditional indigenous councils. Participants sit in a circle and use a talking piece to go around the circle, speaking in turn only when they hold the talking piece. It is a really nice way to have a group discussion, O’Halloran reports. She also appreciated the Introduction to Depth Psychology course that provided a good foundation for digging into the material and learning about how it all goes together.

Regarding new ideas, new avenues, and developing projects, O’Halloran is most interested in figuring out how she can combine her background as a behavior analyst working with autism with the community-focused depth psychology approach she’s learning at Pacifica, an approach that is still a rare combination in the field. Right now, her vision is to work toward creating intentional, sustainable communities founded on permaculture for adults with autism to live in community with each other, but also with students, artists, and others, including volunteers for WWOOF. WWOOF (World Wide Opportunities on Organic Farms, or Willing Workers on Organic Farms) is a loose network of national organizations that facilitate placement of volunteers on organic farms). Volunteers for the WWOOFing program tend to come and go in order to participate in the agriculture aspect of sustainable communities. There’s a big need going into the future for the autism community to develop a better solution for living options for them, O’Halloran insists, and pursuing this vision is one way all her interests, education, and experience can come together.

That original experience the Romanians gave her was the planting of a seed, O’Halloran thinks. Her takeaway from Romania and her time in the Peace Corps is perhaps a common experience that, as a volunteer, she went in thinking she was going to teach them something and bring something to an underserved culture, and in the end, she learned far more from them than they learned from her.

Meanwhile, Pacifica is a leader in higher education, she contends, noting “I can't even enumerate the ways that it's such a special place with special approach to learning.” She believes she can speak for all 26 people in her cohort when she says that they are all very thankful for each other. Everyone brings such interesting knowledge and skills from their own lives, she notes, and then you have the teachers who are there as facilitators, but with such rich experiences— and it's that community where you learn from each other and from the experience of going through the material together, having the ability to interact with each other in multiple forms.

Her cohort maintains its own Facebook group, are email friends, and are very much in contact even when they’re not on campus, making it a great, enriching experience. And all this helps solidify the content of the coursework.

I’m so captivated when I listen to O’Halloran describe her interaction with her cohort and the coursework. It definitely mirrors much of my experience at Pacifica as well, and is such a wonderful way to learn. For me, it opened up so many different avenues. I wish everyone might have the same opportunity if it calls to them as well.

Find out more about the Community Psychology, Liberation Psychology, and Ecopsychology Specialization at Pacifica

[1] Learn more about the practice of Council via the Wilderness Guides Council at http://www.wildernessguidescouncil.org/content/practice-council

Erin O'Halloran is a Behavior Analyst working in Early Intervention providing Verbal Behavior services to children with autism. She was a Youth Development Volunteer in Peace Corps Romania from 2009 - 2011 where she worked with an NGO, Asociatia Speranta Andradei, which provides early intervention services to children with autism. Ms. O'Halloran is currently in a Ph.D program in Depth Psychology at Pacifica Graduate Institute specialization in Community Psychology, Liberation Psychology, and Ecopsychology —otherwise known to many as the CLE specialization.