Pacifica’s Visionary Future: Forging into the Future of Depth Psychology 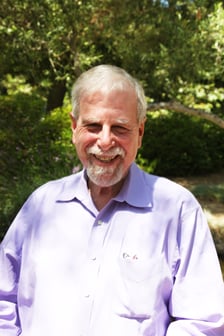 "I think we’re moving toward a deeper understanding of the natural world and understanding our relationships to these intelligences that do not function in a cognitive way as humans do." -Joseph Cambray, Ph.D.

If you look around the world, there are not many academic institutions that focus on depth psychology. There are places in Europe and South America where it is included as a part of coursework, but Pacifica is the premier academic institution devoted to depth psychology. I also feel we need to go through a revision; the ideas inherent in depth psychology have become more integrated in the mainstream of culture, and the radical nature of the project needs to be revitalized. If depth psychology is about meeting the psyche at the margins, then where are those margins today and what do they look like? Certainly they are not static, there’s a revision that needs to occur.

The consulting room remains important as a primary locus of the field, but now as the discipline expands this is becoming too limited. Of course we have vocational programs that help people get licenses on the Masters and Doctoral levels, this remains essential to the field, but should that be the sole definer of depth psychology? Now, it’s also become a cultural phenomenon. For example, the interconnectedness of humans to one another and to their environments, as well as the ecological dimension, point to the way our view of the human psyche needs to be expanded.

Jung envisioned the idea of a collective or universal/archetypal level to the mind. In the latter period of his life, he started to recognize that there might be something about the relationship between mind and matter: the psychoid level of archetypal phenomena and the importance of meaningful coincidences, synchronicity. That thinking brings us up to the late 1940s and early 50s, so what about 2020? In the intervening years, there have been tremendous changes. For example, high-speed personal computing dramatically altered the models we have for understanding psychology as well as the natural world. With the refinement of a variety of technical tools, a host of new ways to understand human consciousness have emerged. The surprises from the sequencing of the human genome have led to an understanding of it called epigenetics, the study of the material that is wrapped around DNA. We now know this is not inert, as if some packaging like the Styrofoam boxes around McDonalds’ hamburgers. In fact, this material is involved in switching mechanisms, used to turn genes on and off. It’s very dynamic and depending on environments can create more access to gene expression or shut that access down. Learning is not involved with our altering our DNA but it does impact epigenetics, so these changes can be passed down across generations. This is now recognized as one route by which trauma can be passed down multi-generationally, biochemically through epigenetics. This level of biological knowledge has opened up new vistas that were not present in 2000. 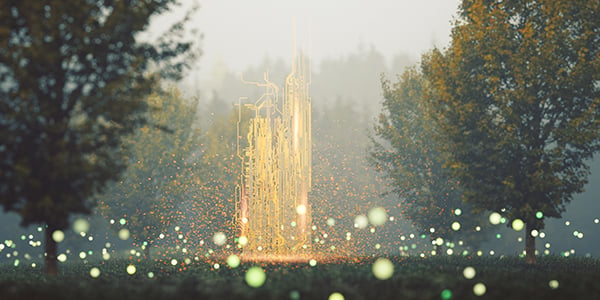 "A new model of the unconscious is needed that includes a multilayered adaptive engagement with the environment."-Joseph Cambray, Ph.D.

Similarly, other areas of in-depth analysis have expanded our vision of the natural world. So, if you look at Douglas Fir trees, their roots can engage in a symbiotic relationship with certain rhizomal fungi. The fungi supply the tree needed minerals, and in return, the trees give sugars to the fungi. But that’s just the beginning of the story, and the more it has been researched, the more you see how sophisticated these systems truly are. Thus, when a tree in this type of forest is attacked by bark beetles, it sends out warning signals, both airborne and via the fungal network that interconnects them, to a variety of species of trees. In turn the other trees then alter their bio chemistry to proactively ward off attacks by the beetles. In aggregate these are extremely intelligent entities that we formally thought were brainless.

A new model of the unconscious is needed that includes the multilayered adaptive engagement with the environment. With this we could enrich depth psychology and even relate this to new approaches to leadership. Theoretical biologists who look at this have developed a model of “the adjacent possible.” Starting with an organism with its plethora of bio-chemicals and reactions, and then with a few changes to these, a new form begins to emerge, an adjacent possible. Incremental movements build over eons to ultimately create an evolutionary arc. There are researchers applying this type of model to human, cultural innovation, the ways in which cultures invent and develop new things. If a direction looks promising, we try to build upon it, and after numerous repetitions, often with alterations and improvements, new possibilities emerge, a sort of bootstrapping into the future.

Even at the single-cell level there is adaptive intelligence. So what is mind and what is the psyche? Doesn’t it have to be integrated into the larger ecological field? This is an area we may want to think of in terms of consciousness studies. I think we’re moving toward a deeper understanding of the natural world and understanding our relationships to these intelligences that do not function in a cognitive way as humans do. Pacifica is poised to become a leading institution in this field. We can rethink the 120 years of knowledge of the unconscious developed since depth psychology’s origins and put it toward a new form of leadership in psychology.