Pacifica Graduate Institute has been the premier academic institution devoted to depth psychology from its inception about 50 years ago. Our overarching vision integrates multiple, diverse perspectives on the human psyche—the totality of our being, including conscious and unconscious mental life as well as how we are embedded and engaged in our environments, cultural and natural; traditional referred to as the soul. We offer a wide range of transformative programs designed to enrich soul-centered knowledge (taking psychology as the logos of the psyche) through experience and disciplined practice. Though our various programs have differing emphases, we draw upon many shared foundations, including but not limited to psychological processes based on the notion of an “unconscious” component to our mental life; psychotherapeutic, environmental, and social justice best practices, in conjunction with mythological, archetypal, and cultural studies, drawing upon the humanities as well as the sciences and the arts. While other select academic programs scattered around the world include depth psychology as a part of coursework, none are so profoundly rooted in this discipline. This is part of what makes Pacifica unique, as do our extraordinary faculty and staff, and the unique settings of our two campuses. 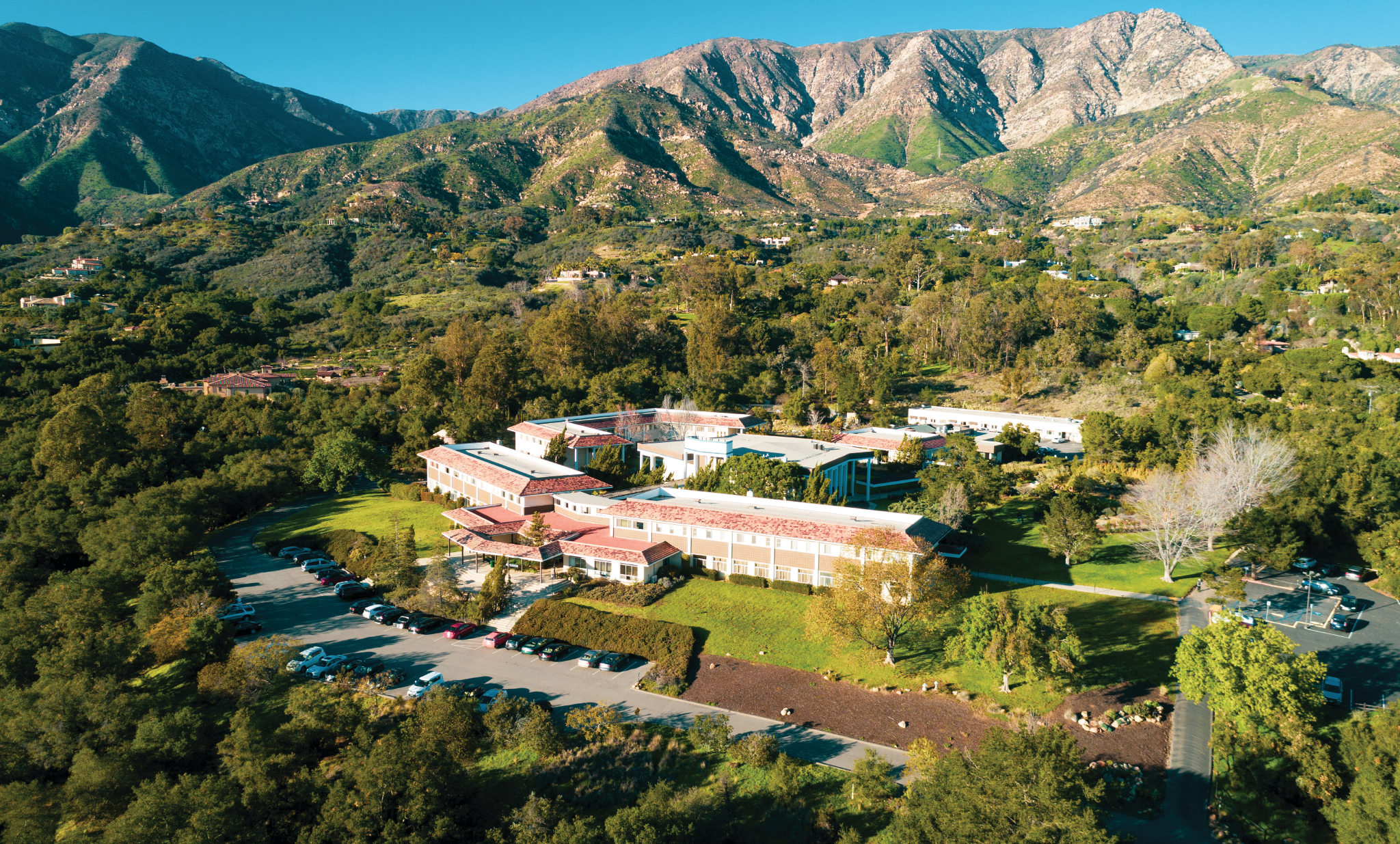 Over the past 120 years, ideas associated with depth psychology have been increasingly adopted into the mainstream of modern culture, such as recognition of the ubiquitous influence of unconscious processes on behavior, e.g., various preference biases, or identification of archetypal elements operating in society, as in politics or film frequently mentioned in the national press like the New York Times. Consequently, the original, radical innovative conception of “the unconscious” as a meaningful and influential force in life residing outside daily awareness needs reformulation—the margins of consciousness have shifted. If depth psychology is to retain relevancy, it needs to be contemporized and revitalized—what might that mean, and how might we go about it?

To meet and explore psyche at the margins (whether personal, socio-cultural, artistic and scientific, or political and philosophical), we must begin with locating the creative edge of those margins in today’s world. What are the issues being ignored, beyond open discussion, topics, ideas, feelings and imaginings we are reluctant to pursue—these are our starting places. Margins, whether of one’s being or of a society or the natural world, are not static but fluctuate and become more fluid especially during times of crisis. Thus, we are challenged to not only learn from the past but to imagine, anticipate, and even seek the arc of the future as it, inevitably unfolds with both promise and problems. Events, especially powerful, fast-moving ones often outstrip our reflective capacities but point us toward those margins we need to examine. The psychology of margins attends to what is rejected by consciousness, often propelled by what we fear or what makes us anxious. These concerns can be amplified when they impact us collectively. Further intensification of collective activation can lead to an archetypal moment, as we are now experiencing with the worldwide pandemic. These moments are fraught not only with danger but also possibilities, it is a time of Kairos (the nick of time) when deep changes will emerge, for either better or worse, the choice depends on our course of action. When creatively seized such a moment can herald sweeping transformations of the ordinary. In academia this can manifest as a new paradigm, a new way of perceiving ourselves and our world.

Since the beginning of the new millennium, accumulated research from many fields points  toward new and deeper appreciations of our world and our psyches as more complex and interconnected than any models currently available. For example, from the sciences we have learned about the limitations of the human genome and the unanticipated importance of epigenetics (the regulation of gene expression through alterations in material surrounding the DNA). These substantiated findings have provided new pathways for understanding somatic memory as grounded in fundamental human biochemistry that underlies the transmission of trauma across generations. Complexly layered upon the biological understanding are various fields of study which contribute to a wider purview for appreciating the influence of ancestors, including mythology and the humanities. Similarly, neuroscientific research has revealed the essential role of emotions in the construction of thought. Using a wider lens, ecological studies have revealed the profoundly interconnected web of organisms and environments.  In yet another sphere, technology has made us vastly more aware of our social connectedness but also the limitations of retreating into the virtual. All of these elements are intertwined and significant as unfolding aspects that contribute to emerging views of what we mean by a “depth approach,” to life and to higher education.

To offer another point of entry into contemporary depth psychology, consider “arts based research” whereby artistic practices and methods are utilized to explore experience and expand knowledge that opens new kinds of awareness as valid and reliable, extending what has been considered knowledge to complement what traditional disciplines offers.  By adopting a multiple-evidence based approach, valuing input from different spheres of knowledge simultaneously and by attending to the margins, we can move toward an integrated whole that is at the root of depth psychology. Old boundaries based upon segregated subjective and objective readings of the world have become too constraining. Instead, we need to reincorporate non-dualistic considerations into our cosmologies in a move toward holistic models. Whether exploring body and mind separation, or diversity issues, holistic approaches point to different aspects of a larger totality. In this re-visioning humanity is only one element in the planetary living ecosystem, but one that may endanger the whole due to ongoing lack of true stewardship coupled with a persistent, exclusive privileging of an anthropocentric worldview.

The inclusion of margins in our reflections can powerfully influence the way we see and treat one another, as well as our environment and all the creatures who inhabit the earth. New awareness of social and environmental justice concerns emerges as we revision our profound interconnectedness. The uniqueness of each individual becomes more precious when understood as part of the greater whole, each potentially contributing to the health or detriment of the collective and greater surround. Each being contributes to the co-creation of the environment in which we are all simultaneously embedded. The unconscious takes on a more rhizomatic quality once the reality of connectedness is recognized and acknowledged, analogous to root systems that propagate, protect and perpetuate “the hidden life of trees.”  In part, this approach also harkens back to the largely lost or overlooked knowledge and wisdom of many indigenous traditions—recovering them may well be essential to our continued survival on the planet.

Pacifica is in a vital process of re-imagining itself based on values of integration and inclusion that are woven throughout our various programs. As our transdisciplinary vision of the psyche develops and evolves, we turn to multiple evidence based understandings of the complexity of our world and gather them together as the vibrant foundation of all classroom experiences. This is not a finished project but very much alive and in process. We invite you to join with us in the great adventure of remaking education centered in psyche as the royal road to the future. 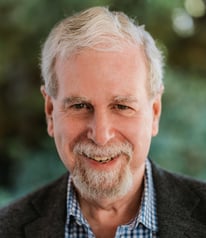 Joseph Cambray is CEO-President at Pacifica. He is also past President of the International Association for Analytical Psychology; he has served as the U.S. Editor for the Journal of Analytical Psychology and is on the Editorial Boards of the Journal of Analytical Psychology, The Jung Journal: Culture and Psyche, and Israel Annual of Psychoanalytic Theory, Research and Practice. He has been a faculty member at Harvard Medical School in the Department of Psychiatry at Massachusetts General Hospital, Center for Psychoanalytic Studies; adjunct faculty at Pacifica Graduate Institute. Dr. Cambray is a Jungian analyst in Boston and Providence, RI. His numerous publications include the book based on his Fay Lectures: Synchronicity: Nature and Psyche in an Interconnected Universe and a volume edited with Linda Carter, Analytical Psychology: Contemporary Perspectives in Jungian Psychology. Some of his recent papers include: “Cosmos and Culture in the Play of Synchronicity,” Spring Journal, Jungian Odyssey Series, 4, 133-147, 2012; “Jung, science, and his legacy,” in International Journal of Jungian Studies, 3:2, 110-124, 2011; and “Moments of complexity and enigmatic action: a Jungian view of the therapeutic field,” in Journal of Analytical Psychology, 56 (2) 296-309, 2011.