A sense of place is central to the learning community at Pacifica Graduate Institute. Great attention has been given to creating an environment that nurtures creativity, nourishes soul, and seeks to transform. That process is guided by and enhanced by the trees, the plants, the water, and the spatial design of both the Lambert Road and Ladera Lane Campuses. And the man who has directed these efforts is heading into retirement, leaving behind a legacy of matter that will forever continue to shape our students, faculty, staff, and anyone else who has the good fortune to walk the grounds.

Pacifica co-founder and faculty member Maren Hansen asked Marshall to compile a list of his many achievements on the Pacifica campuses. Here are some highlights of Marshall’s tenure at Pacifica.

Nov. 1988 – starting at the Lambert Road property, assess site and irrigate as needed 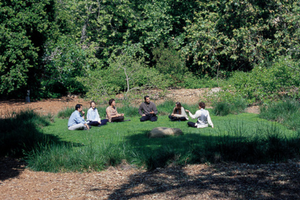 1997 - 2000 – Expansion of organic market farm to 3 acres, clearing dying lemons on terraces, and first of 4 flocks of laying hens.

2000 -2004 – Re-imagining and re-landscaping property into Mediterranean floristic regions of the world.

2009 – Expansion of farm to block below the Lemon Orchard, making farm close to 2 acres.

2011 – Foundation Fountain located at the head of The Grotto, all materials derived on site 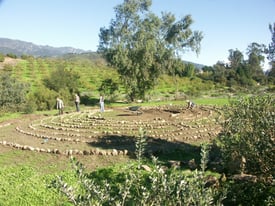 2012 – HeronWood Labyrinth (and sister Labyrinth at the Ladera Campus), soil and stone from property. 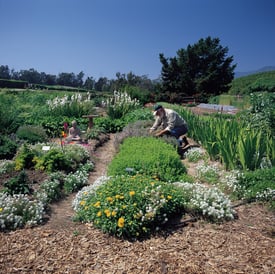 From 1990 – Trialing and evaluating low-chill fruit trees and shrubs, grafting and other techniques used and taught

From 1990 – Vegetable, herbs and small fruit production and distribution (retail and wholesale and many tons donated to Foodbank and other non-profit kitchens and pantries

From 1991 – Interns, employees, volunteers and student projects at the farm (over 100 persons)

Highlights of Marshall Chrostowski projects on the Ladera Campus

2005 – Major clearing and landscaping for the 30th Anniversary

2012 – Laid out Medicinal Wheel for class donation, prepped the area and made path. 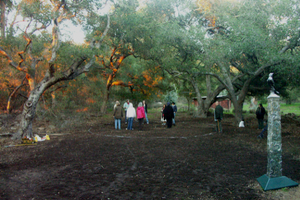 2015 – Renovating with augmented design and defense of the Marion Woodman Memorial Rose Spiral.

Marshall, thank you so much for your contributions. We are forever grateful.