The Synchronicity of Ethics: Emmanuel Levinas and Carl Jung

Faculty member Michael Elliott, Ph.D. of Pacifica's M.A. Counseling Psychology Program will present The Synchronicity of Ethics: Levinas and Jung at the 13th Annual Psychology for the Other Seminar, held at Seattle Universtiy from November 13 - November 15.

The following is taken from Dr. Elliot's abstract:

The presentation will address Synchronicity in Carl Jung through the Ethics of Emmanuel Levinas. The idea is provocative, as in arousing a divine call. Jung said:

God.....inasmuch as its origin is beyond my control....is the name by which I designate all things....positive as well as negative....which cross my willful path violently and recklessly....and upset my subjective views, plans, and intentions to change the course of my life for better or worse.

Faith is not a question of the existence or non-existence of God. It is believing that love without reward is valuable. 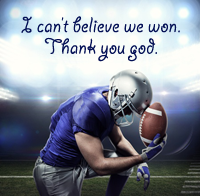 Competitive athletes and celebrities are often surprised by an acausal or unexplained win (Jung's better). And yet, when accepting their award, are sure that God helped. The synchronistic surprise is displaced with an egologic certainty. And then there is the unexplained massacre of school age children in Connecticut or the Isla Vista shootings in California earlier last year, both meaningful in their meaninglessness (Jung's worse). The shocking trauma - initially accepted as "random" killing, is quickly explained by politicians as "gun control," either too much or too little, and by psychologists as "mental disorder." These quick answers based on standard ethical analysis seem inadequate. The Synchronicity of Ethics demands that we imagine possibilities not yet considered. The Ethics of Alterity in Emmanuel Levinas allows us to imagine Synchronicity as "what is this?" instead of "this is what it is!" such that ethics is a point of departure not a point of reference. Ethics, then, not found in formulary standards, is an encounter with the ungraspable Self of Jung extended in the ungraspably ungraspable that Levinas calls the Otherness-Of-The-Other. This Synchronicity of Ethics provokes an imaginal longing that disrupts the totalizing efforts of ego certainty to unconceal infinite possibility through what Levinas calls, the Desire for the Invisible. James Hillman asks, "What does the soul want?" then answers, "It wants to want!" Psyche and Longing as an ethical foundation for us to be perpetually re-imagined.

Michael Elliott, Ph.D. is a Licensed Psychologist, serves as Core Professor in Pacifica's M.A. Counseling Psychology Program while also teaching in Pacifica's two doctoral programs in Clinical Psychology. Some of his research interests include: Philosophical Psychology; Archetypal, Existential, and Imaginal Psychotherapy and Soul-Centered and Eros-Focused Couples and Family Therapy. He earned his Ph.D. from United States International University and currently serves as Pacifica's Vice-President of the Academic Senate, is a member of the Senate Leadership Committee, and on the Counseling Psychology Program Development Committee.