A blog post by Melissa Ruisz Nazario, based on an interview with Jesse Jacob conducted by Bonnie Bright, PhD 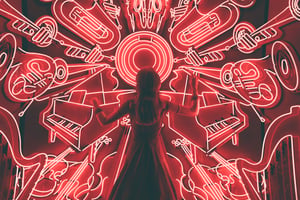 Jesse Jacob does not settle for status quo assumptions or lazy thinking in depth psychology. He finds the term “depth psychology” strange because it implies other psychologies are then shallow. A 4th year Clinical Psychology PsyD student at Pacifica, Jesse previously studied language to understand how it shapes and affects an individual’s thinking. In his interview with Bonnie Bright, he provides alternative perspectives on commonly used depth psychological phrases and concepts. For example, he recalls a fellow student in his cohort saying, “Depth psychologists treat the whole person,” to which Jesse responded, “So do other psychologies only treat half the person?”

As I listened to his interview, I found myself appreciating not only his eloquent analogies for abstract concepts like the unconscious, but also his unflinching critique of the field of depth psychology and ways it could improve.

Here are seven ideas from the interview that I found notable:

Jesse views other psychological modalities, such as cognitive behavioral therapy and narrative, as tools that sit inside the toolbox of depth psychology. Whereas some modalities may focus on one aspect of a person, such as cognitive behavioral therapy identifying one’s negative language patterns and reframing them into positive ones, depth psychology is more holistic, and examines all aspects of a person’s life, including dreams, art, fantasies, and conscious thoughts.

Jesse says that if we define depth psychology as a belief in the unconscious, then we can acknowledge that all psychology began with Sigmund Freud as depth psychology. “To say then, in 2018, that the unconscious simply does not exist, is about as striking as saying that the earth is flat,” he continues. “I see it as a surprising and honestly shocking reversal of the knowledge that’s been hard fought and hard won.”

What’s at issue, perhaps, is actually a disagreement or misunderstanding of what the unconscious is, and Jesse argues that depth psychologists are in part at fault for this. One reason is that they tend to use fancy or overly complex language for behaviors and thinking that, if simplified, more people would agree happen in their everyday lives.

“I think that the ideas of depth psychology are actually very simple and very basic, but the ego of the people who wield these ideas is so great that they sacrifice the clarity of the idea for sort of being viewed as someone who is intelligent, and they associate what is confusing with what is brilliant,” he says. For the skeptics that doubt the validity of the unconscious or depth psychology, he describes it this way: “To boil it down to the person listening to say that this is all nonsense, I would like to say to them that depth psychology is simply, in some ways, the belief that there’s more going on inside of your psyche, in your mind, than you consciously know every day.” 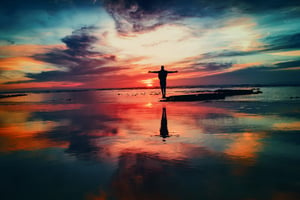 In his research, Jesse intends to return to some of that rigor by exploring the intersection of math and psychology and quantifying phenomena numerically.

“What psychometric testing allows us to do, is it allows us, through the ingenious workings of people who existed long before me, we are able to give people tests and apply a number to psychic phenomena,” he says. “How great is the risk of suicide? What type of person is this? What are the odds that x or y will in fact happen? What are they like on the inside? These are things that we cannot see or touch, but using statistical analysis and mathematical models, we’re able, with a pretty decent track record, to determine and put numbers to the person’s psychic phenomena that cannot be seen, touched, or even absolutely located on any test, MRI scan, anything that science has in 2018.”

“This conscious, shallow if you will, reality, is the reality where we live or die, is the place where we have children, is the place where you either have food or don’t,” Jesse says. “And so I think it is a bit of a privilege to have the time to explore what is beneath that.”

We all participate in a reality where we have had to meet physical needs for survival, and many don’t have the luxury or time to explore what may be beyond that.

Because of this primary relationship with reality that focuses on physical needs, we believe that that’s not only all that matters, but that that’s all there is. Depth psychologists like Jesse point out that this is how we are seduced by the ego, that part of our personality that we call “I,” which Freud said “has been modified by the direct influence of the external world.” [1] 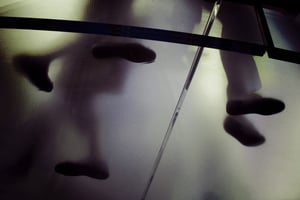 “I think it is in our conscious waking mind, everything is streamlined, and nature is so clever, that on purpose, much like people in a theater watching a play, don’t notice the lighting and all that happening right behind a curtain for good reason,” Jesse points out. “So too do we not notice what is happening right underneath the surface. I would also like to point out a fact that is rarely mentioned, that Freud thought of himself as the third insult to the human mind. The first being the loss of the terracentric universe. The second being the loss of humans being created directly from God, not having evolved. And third being the ego not being the master of the house. “

Jesse compares the relationship between our conscious reality and the underlying unconscious to driving a car. “You are obviously knowledgeable about the fact that you need to steer and pump the gas,” he says. “What you’re not thinking about, and what seems far-fetched, just like the unconscious, is that there are explosions happening beneath you at a rapid-fire pace that could in theory kill you, but we have become desensitized to this to the point where we think that by virtue of magic, when we push on the gas pedal that the car goes faster.”

This reminds me of another analogy: turning on a light. We can plug a lamp in and flip a switch, or replace a light bulb when it burns out, but most of us take for granted everything that must be in place so that electricity is instantly available at our fingertips. Like being able drive across the country or turn on the light, the unconscious, then, is similar to all the underlying structures that cause us to function and behave as we do, though we aren’t even aware of them.

He contrasts the work and tools of a depth psychologist to that of a surgeon. “The idea that burns in me the most now is that, whereas a surgeon uses a scalpel, I use my body and my psyche,” he describes. “And whereas you can clean a scalpel, and a surgeon can have a really bad day and a really bad mindset, probably not the greatest, the psychologist really only has a mindset. They only have themselves. And I can take a shower and say that I’m ready for a session. So the idea of hygiene, the idea of knowing myself, and the idea of becoming a finely tuned instrument so that I’m able to perceive the client and heal them with both of us.”

Though a practicing depth psychologist himself, Jesse soberly remarks that he believes the field is on the decline, that “the era of depth psychology is not right now.” He points to some of the reasons why he believes it’s waning, at least for now, including the observation that fewer and fewer schools value depth psychology because there is more emphasis on briefer, more conscious, more rational mind-based therapy such as cognitive behavioral therapy. Insurance companies and people with budgets favor fast results.

Also, because depth psychology is more holistic and gets to the root of the problem, it takes longer, and can therefore be more expensive. “Depth psychology sort of takes the approach of, if you have a leaky pipe, then let’s just rip up the entire foundation and go to the center of the earth,” he says. “And then after we’re done with that, all the leaks will be fixed. So, I believe that’s true, we’re just not in a time period for that.” He points to many examples in our culture of the desire for quick convenience, of instant gratification, from TV episodes that conclude neatly in twenty minutes, to fast food, to politicians’ sound bites.

However, Jesse says, “That only makes it more and more important that people who do care about it, like me, to do their best to honor what’s come, to keep a really open mind, and try to, more than anything, present these ideas, which can be so esoteric, so out there, such a ridiculous excuse to just say and think anything, and present them to the public in a way that people can sort of get it.”

Jesse Jacob is a 4th year doctoral student in the Psy.D. Clinical Psychology program at Pacifica Graduate Institute.  He currently is training at the Santa Barbara Rescue Mission where he sees patients, teaches classes, and runs groups in the milieu of a drug rehabilitation center. Prior to this Jesse was part of People Helping People where he saw children from elementary school through high school as a school counselor.

In addition, he is currently a support group facilitator for the Alzheimer’s Association Central Coast Chapter, where he previously had a practicum for one year. Before his studies at Pacifica, Jesse attended UC Berkeley where he earned a BA in German and spent a year abroad in Berlin—after which, he earned a non-clinical Masters from Antioch Los Angeles where his journey studying psychology began. There he pursued his passion for the workings of the mind and developed a profound appreciation for Dr. Carl Jung.

Jesse is very interested in the art and science of therapy and hopes to one day perform psychological assessments and serve as an expert witness, as he is fascinated by the intersection of math and psychology, and the prospect of quantifying psychic phenomenon numerically. In addition, he has a passion for Latin, English and working to create a better world through his work as a budding psychologist and as a teacher. 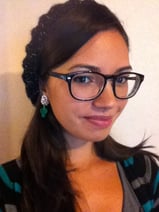 Melissa Ruisz Nazario is a graphic designer and social media consultant for Pacifica Graduate Institute. She is also the production manager and webmaster for Immanence Journal and creative director for Total Okinawa magazine. In 2006, Melissa earned an M.A. in English and American literature at the University of Texas at El Paso (UTEP). Her thesis, “Parting the Shadowy Veil: Trauma, Testimony, and Shadow in Toni Morrison’s Beloved” received UTEP’s 2006 Honors Convocation Award for Outstanding English Thesis. Melissa has served as a content editor and graphic designer for the U.S. Marine Corps Public Affairs Department in Okinawa, Japan, as well as a technical writer and quality assurance specialist for Advanced Computer Learning Company in North Carolina. As an educator, she has taught college-level literature, composition, and drama; she also taught English as a second language to adults and children in Japan.